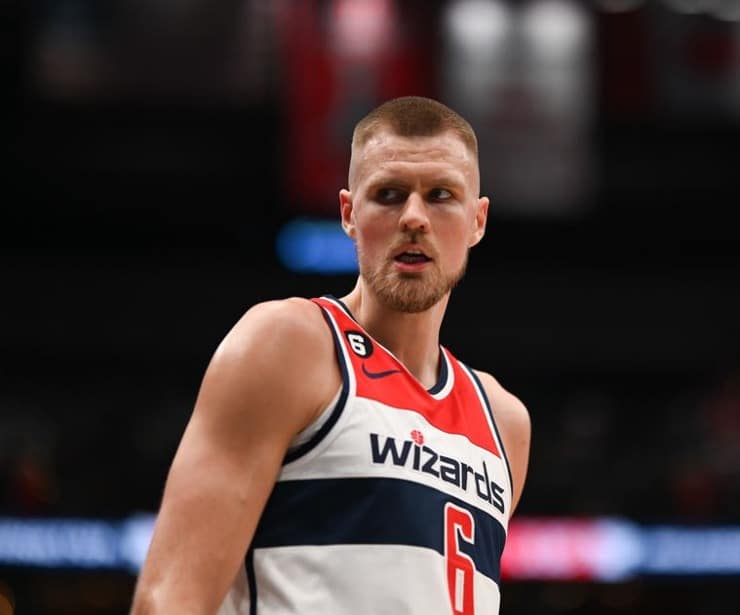 Washington Wizards forward Kristaps Porzingis wanted to give a non-generic response to being asked what he’s thankful for this Thanksgiving. He did his best to avoid a cliché answer.

Per a few NBA betting sites, the Wizards possess the eighth-lowest odds to win the championship in 2023. Some sportsbooks show the New York Knicks and Chicago Bulls with higher odds.

Kristaps Porzingis gave a very thoughtful answer when asked what he’s thankful for this Thanksgiving. pic.twitter.com/sxtoDN8TIn

Deep down, Kristaps Porzingis is also thankful for his health, knock on wood. Through 16 starts this season, Porzingis is averaging 20.4 points, 8.8 rebounds, 2.6 assists, and 1.6 blocks per game.

“I think I’m thankful for all the ups and downs in life because without the downs, there’s no point to anything,” continued the Wizards star. “If everything was always great, it wouldn’t be the same.

Every bad situation that I’ve had always came out better and stronger and with a better mindset. So, that’s something we all have to appreciate.”

Porzingis believes the best way people can only grow as human beings is through failure and misfortune. On the court, the forward knows all about overcoming adversity.

During the first round of the 2020 NBA Playoffs, Kristaps Porzingis then suffered a lateral meniscus tear in Game 3 with the Dallas Mavericks. He missed the remainder of the series, and the Mavericks were eliminated in six games.

The Wizards allow only 0.78 points per pick-and-roll defended by Kristaps Porzingis. That’s the best mark in the NBA among the 25 players who have defended the most pick-and-rolls this season, per @SecondSpectrum. More on @ringer:

Last February, the Mavs traded Kristaps Porzingis and a 2022 second-round draft pick to the Wizards for Darvis Bertans and Spencer Dinwiddie. For the Latvian baller, playing in the NBA is a blessing.

So far this season, Porzingis has recorded six double-doubles. On Oct. 31, in Washington’s 118-111 loss to the Philadelphia 76ers, the forward scored a season-high 32 points in 35 minutes played.