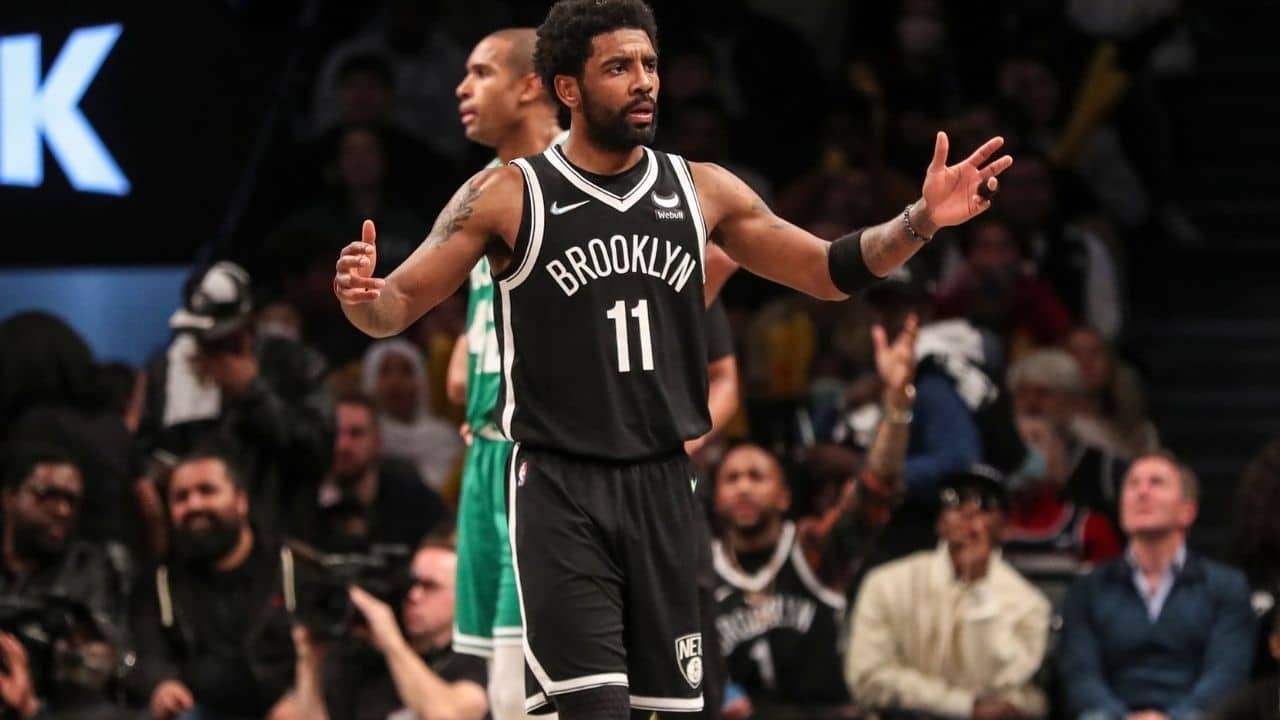 NBA Commissioner Adam Silver made a public comment on Thursday that he was disappointed in Kyrie Irving for the harmful content that he posted on his social media. Commissioner Silver said that he would be meeting with Irving next week to discuss the matter.

It did not take very long for the Brooklyn Nets to make their own decisions as well. The Nets announced on Thursday night that Irving would be suspended for “no less than five games” without pay. Brooklyn said the he is “currently unfit to be associated with the Brooklyn Nets”, leaving a big question. Will this be the end of Kyrie Irving in Brooklyn?

Breaking: The Nets have suspended Kyrie Irving without pay, the team announced.

The suspension will be for "no less than five games," the team said. pic.twitter.com/qCpVIc1yZC

Nets suspend Kyrie Irving for “no less than five games”

Brooklyn tried to be rational with Irving and gave him a chance to publicly apologize in front on the media and press to try and set the record straight. He failed to do so and the Nets had to take matters into their own hands.

“Such failure to disavow antisemitism when given a clear opportunity to do so is deeply disturbing, is against the values of our organization, and constitutes conduct detrimental to the team. Accordingly, we are aware of the view that he is currently unfit to be associated with the Brooklyn Nets.” – statement from the Brooklyn Nets

Kyrie posted on his Instagram with an apology to all those he hurt and affected.

“To All Jewish families and Communities that are hurt and affected from my post, I am deeply sorry to have caused you pain, and I apologize.” – Kyire Irving

” I had no intentions to disrespect any Jewish cultural history regarding the Holocaust or perpetuate any hate.”

Brooklyn went through leaps and hurdles last year to try and get Irving on the court and it was a battle for both sides. Now this happens. It almost certainly feels like the beginning to the end for Kyrie Irving and Brooklyn. Reports have come out saying that Nets owner Joe Tsai is “completely done with him (Kyrie).” Irving has shown in the past that he is not afraid to voice his opinions and stand for he believes. He may have gone too far this time. We’ll have to wait and see how this unfolds.