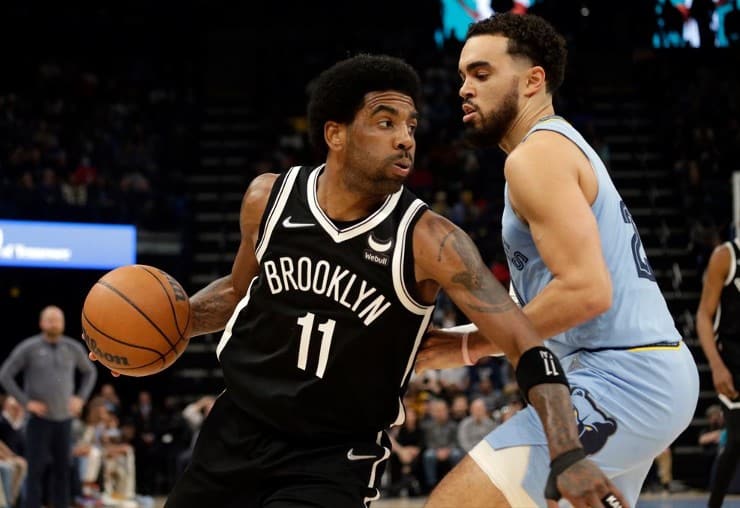 Nets guard Kyrie Irving was suspended by the Brooklyn Nets for five game without pay. He had reposted a link to an antisemetic movie/book and it received a ton of criticism. Tomorrow will be the fifth game in a row that Irving has missed. There may be some good news coming in the near future for Irving, however.

The NBPA has told sources that Kyrie has met with the Brooklyn Nets, NBA, and NBPA “on several occasions” in recent days. Nobody wants to see his career ended over a matter like this. He reposted something that he shouldn’t have and he’s paying the price right now with his unpaid suspension.

Suspended guard Kyrie Irving has met with the Brooklyn Nets, NBA and NBPA “on several occasions” in recent days and the union “(looks) forward very soon to a resolution of all matters satisfactory to all parties,” @TheNBPA tells players in an email obtained by ESPN.

Kyrie Irving could return to the Nets in the next week

This is the first news we’ve gotten of this situation taking a step in the right direction. Don’t forget that this all could have been resolved if Irving had answered one of the multiple text messages that owner Joe Tsai sent him to discuss the matter. He did not respond and the suspension was his punishment.

“Kyrie’s rights, and the rights of all future players, have been protected at every turn.” In memo, the NBPA reiterates to players that Irving and union “unequivocally condemn antisemitism and all other forms of hate…” – NBPA (National Basketball Players Association)

The Nets start a four game road trip on the West coast. Tomorrow they’ll face the Clippers and that would be the fifth game that Kyrie has missed. There’s a chance that Irving could return to the team for Sunday’s game vs the Lakers or even Tuesday vs the Kings. Brooklyn has a new head coach since Irving has been suspended. Jacque Vaughn is now the man in charge for the Nets. He and Irving have been building a relationship for the past four seasons.