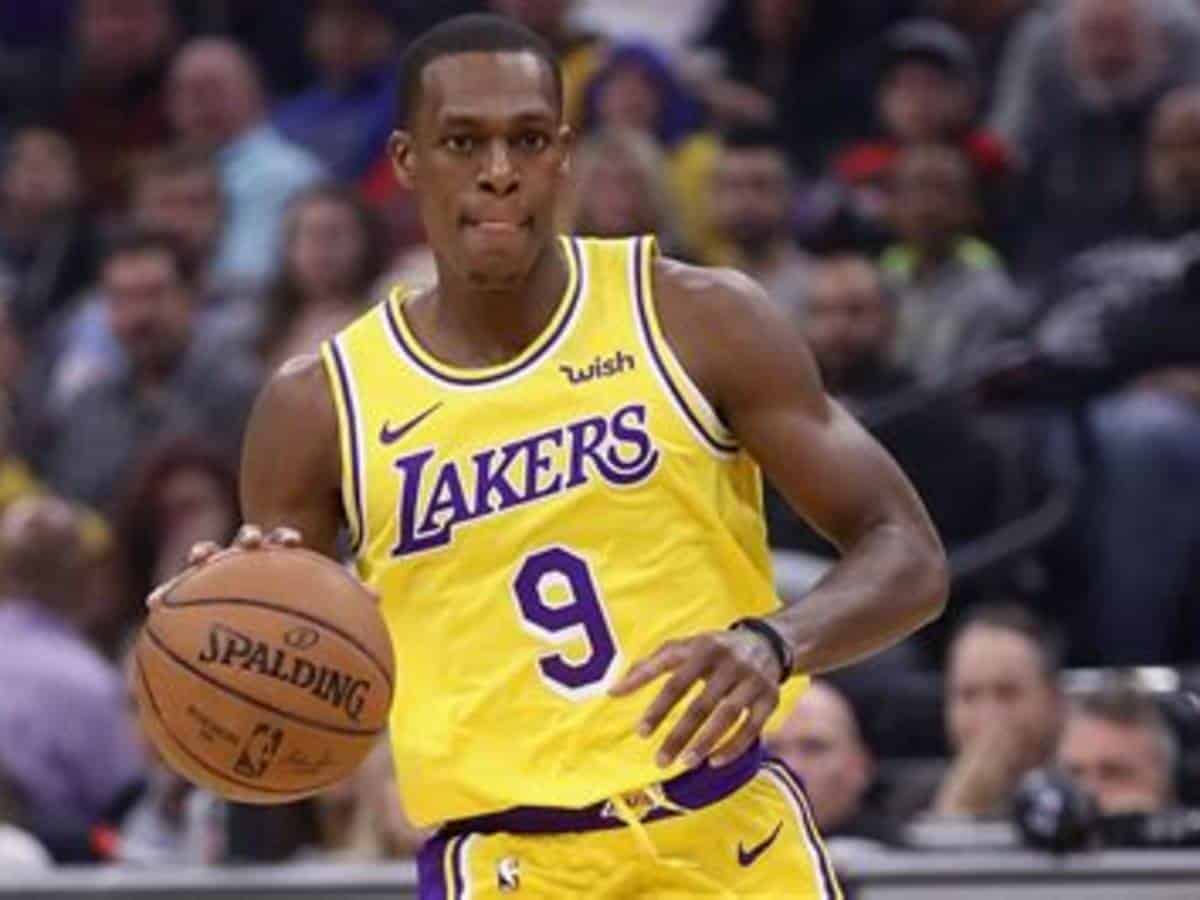 According to sources, Rajon Rondo plans to sign a one-year, $2.6 million contract with the Los Angeles Lakers on Tuesday. The guard will clear waivers today. The four-time All-Star was traded by the Los Angeles Clippers to the Memphis Grizzlies on August 16, 2021. This past Saturday, the guard reached a buyout with the Grizzlies. He will earn his full $7.5 million salary from his contract buyout in this upcoming season.

In the 2020-21 NBA season, Rondo averaged 5.4 points, 2.4 rebounds and 4.4 assists in 45 games played. The 15-year veteran is returning to the team after helping LeBron James win his fourth championship in the 2020 NBA Finals. Next to Clyde Lovellette, Rondo became only the second player in NBA history to win a title with both the Celtics and Lakers.

In addition to signing Rondo, the Lakers are also expected to pursue DeAndre Jordan, who is expected to reach a contract buyout with the Brooklyn Nets. Fans believe the potential signing of Jordan is unnecessary, however, considering they already have Dwight Howard. Furthermore, LeBron James, Marc Gasol, Dwight Howard, Russell Westbrook, Carmelo Anthony and Rajon Rondo were all All-Stars in 2012. For the 2021-22 season, they are all teammates on the Lakers.

LeBron James, Carmelo Anthony, Marc Gasol, Dwight Howard, Russell Westbrook and Rajon Rondo were all All-Stars in 2012, the season before Anthony Davis came to the NBA.

Now they are all teammates in Los Angeles. https://t.co/ncxLACF7O5

One suitor to keep an eye on, sources said, should DeAndre Jordan and the Brooklyn Nets reach a contract buyout: the Los Angeles Lakers.

Lakers fans are puzzled by this news. Howard averaged seven points and 8.4 rebounds last season in 69 games played. The 35-year-old is two years older than Jordan. So, one would expect the older center to show signs of slowing down. Compared to Jordan, this is not the case. When the Lakers won their 17th NBA title in 2020, Howard had a career-high playoff field goal percentage of 68.4 percent.

On the flip side, DeAndre Jordan, the 33-year-old center, played 57 games last season. The All-Star was the Nets’ best rim-protector, but he was not used as often by head coach Steve Nash. Using Jeff Green, Blake Griffin and Nicolas Claxton to defend the perimeter was one of Coach Nash’s top goals. If the Lakers sign Jordan, head coach Frank Vogel will find a way to make it work. Howard could sustain a season-ending injury at any point in 2022; Jordan would help provide roster depth.

“Center DeAndre Jordan and the Nets are working toward parting ways via contract buyout, sources tell me and Alex Schiffer. Jordan is increasingly unlikely to be part of the organization moving forward, but the sides have not made a final decision.” https://t.co/cBWqeHXVoY