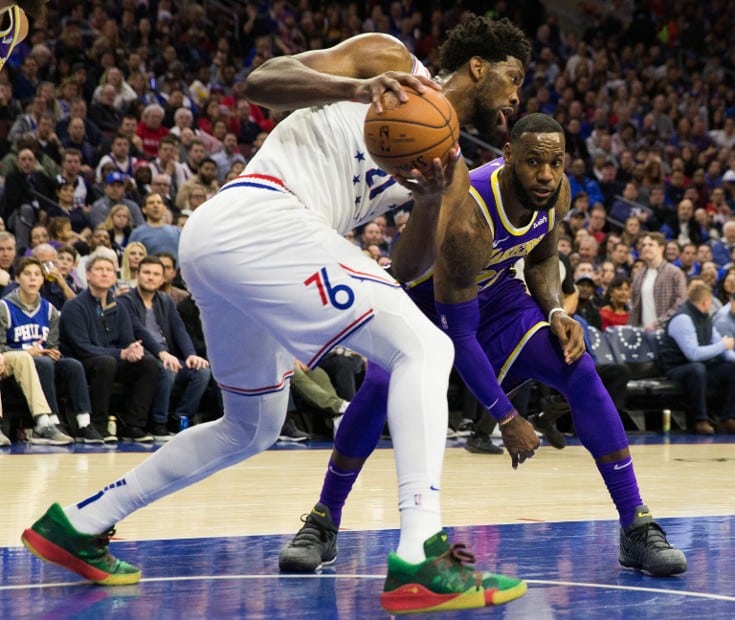 In tonight’s rare interconference matchup, the Los Angeles Lakers (24-24, 20-28 ATS) are playing the Philadelphia 76ers (28-19, 24-23 ATS); NBA picks are posted here. Will LeBron James and the Lakers pick up their first win versus the 76ers since Mar. 3, 2020? Including the starting lineups, our top NBA picks and betting trends are featured below.

All Lakers vs 76ers betting odds can be found at BetOnline

Additionally, on Tuesday, in the Lakers’ 106-96 road win over the Nets, forward LeBron James led his team in scoring with 33 points in 34 minutes played. Malik Monk ended his night with 22 points, 5.0 rebounds and 2.0 assists in 28 minutes on the court. Los Angeles has won five of its previous 10 contests. After winning their ninth game on the road, the team is now 9-12 away, 15-12 at home and 10-11 ATS on the road this season.

On the other side, in the 76ers’ 117-107 home win versus the Pelicans, center Joel Embiid added one more double-double to his career total. He accumulated 42 points, 14 rebounds and 4.0 assists in 33 minutes of action. Forward Tobias Harris closed out his performance with a double-double as well, amassing 33 points, 11 rebounds and 2.0 assists in 39 minutes played. Philadelphia has won seven of its past 10 games. Now, the Sixers are 11-10 at home, 17-9 away and 8-13 ATS at home.

Referencing ESPN’s Basketball Power Index, the 76ers have a 62.5% probability of winning.

Furthermore, in other news, four-time MVP LeBron James was asked about his defensive strategies on the court. “I’ve never been a gambler, I’ve always tried to be as solid as possible,” he said. In a total of 36 games played this season, the 19th-year veteran has averaged 29.1 points, 7.7 rebounds and 6.3 assists per game.

LeBron on his general approach on defense, and with steals: "I’ve never been a gambler, I’ve always tried to be as solid as possible.”

That said, if he sees a clear opportunity, he’ll go, especially if he has more rim protection behind him, like AD.

Although the 76ers are without Shake Milton and the Ben Simmons trade drama is ongoing, they are still firing on all cylinders. This is all that matters. They are on a two-game winning streak. So, pick the 76ers to win, they will cover the spread and the total will go under 218. If you have never placed a bet, we recommend reading our handicap betting guide. Other NBA Picks are on the main page.