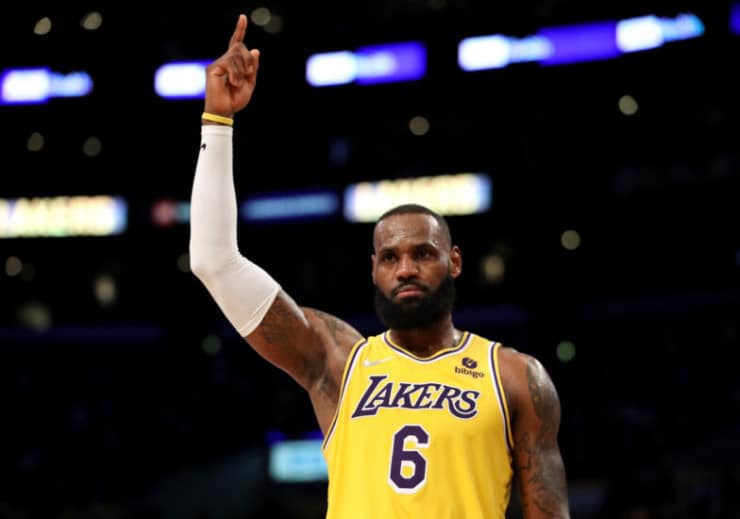 It’s a “superteam” matchup when these two giants collide in Brooklyn. The Brooklyn Nets host the Los Angeles Lakers on Tuesday night. Let’s take a look at the top NBA picks, NBA betting trends, the injury report, as well as the starting lineups for tonight’s Lakers vs Nets game.

All Lakers vs Nets betting odds can be found at BetOnline

Lakers vs Nets News and Preview

This game has been marked on the calendars on most NBA fans since the schedule was released. It has the potential to be a classic. Both teams have built some incredibly talented rosters and this should be a great battle.

The Nets will of course be without Kyrie Irving for reasons that we won’t say because we all know why. Nets fans will however be hoping that Kevin Durant will be able to make a comeback from injury. At the time of writing, are is still listed as out.

Kevin Durant is the Nets leading points scorer this season, averaging over 29 points per game on 52% shooting from the field. Durant also has a Free Throw percentage of 89.4%. It goes without saying that he would be a be a huge miss for Brooklyn should he be unable to play.

If KD is still missing then the pressure will be on James Harden to provide the offensive spark. Harden is averaging a double double this season with over 22 points and 10.1 assists per game and isn’t far off averaging a triple double, averaging 8 rebounds per game.

Los Angeles will be lead by none other than LeBron James. The King is logging a solid 36 minutes per game so far this season and in that time is averaging 29 points, nearly 8 rebounds and over 6 assists per game. a solid return for a man in his 19th season.

This is the second and final matchup this season between these teams. Brooklyn took game one in LA, winning 122-115. This should be another closely fought contest between two teams in need of a win. Brooklyn know the a win can take them above the Miami Heat and into first place ion the East. Whereas the Lakers sit 8th in the West, 2 goes behind Denver in 6th.

Looking at the injury report, Los Angeles are without their star big man Anthony Davis whilst the Nets are without a handful of their own roster.

ESPN are calling this as a close affair, as am I. I’m struggling with my Lakers vs Nets prediction, however if Durant is back in the lineup, I feel that may just tip the scale in the favour of Brooklyn. If you follow the ESPN Matchup Predictor they are predicting a Nets win, at 54.7%.