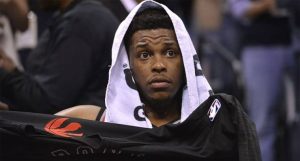 Oddsmakers at the Bovada sportsbook are offering -400 odds on Miami Heat ending up in hot water over a recent deal that saw former Raptor Kyle Lowry head south to the heat from up north in Toronto.

After finishing sixth in the eastern conference and getting wrecked 4-0 by the Milwaukee Bucks in the first round of the 2021 NBA playoffs, it’s easy to see why a Miami Heat team that was once considered the epitome of success could have jumped the gun a little with respect to the Kyle Lowry deal: to Heat head coach Erik Spoelstra, adding the talented point guard to the roster must have felt like a vital cog in his next great rebuild…

The dark cloud hanging over this whole thing, however, is that it seemed like the whole world knew the Lowry trade was going to happen days before it was announced on the opening day of free agency, and, in the NBA, this equals problems.

The NBA does not allow conversations between teams and players regarding deals to take place before that window slides open on August 2. In fact, the association dislikes this particular form of poor conduct so much that two years ago, it increased the maximum fine for tampering to $10M.

The NBA also added more tangible punishments for teams caught tampering prior to the trade & free agency windows; punishments that could actually damage a franchise’s quest for championship gold out on the court. For instance, team executives can be held accountable and removed from their roles; draft picks can be taken away, and contracts signed as a result of tampering can be torn up.

This is why when ESPN’s Adrain Wojnarowski broke the Kyle Lowry to Heat story 24 hours before any hopes of a conversation about such a move could have taken place, the NBA world knew the Heat were in hot water.

The world was right, too. Almost immediately after Wojnarowski let the cat out of the bag, the NBA began its investigations into possible tampering violations, and now, unsurprisingly, the Kyle Lowry from Raptors to Heat move is in serious jeopardy.

Will Miami face punishment over the Kyle Lowry deal? 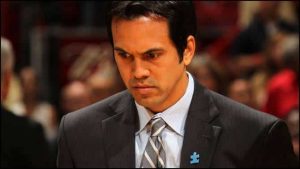 The bad news for fans in Miami is that, if you check out how these types of tampering offenses have been dealt with by the NBA before, it’s unlikely to end well for Miami fans once the investigation is complete.

A most recent example of a similar situation that occurred just last season is when the NBA stripped eventual champions the Milwaukee Bucks of a 2022 second-round draft pick for violating tampering rules. The Bucks had tapped up Bogdan Bogdanović in a now famously-flunked sign-and-trade deal.

Heat fans will be hoping they don’t have to part with any 2022/23 NBA Draft picks to get Lowry. But buckle up Miami, as oddsmakers at Bovada certainly seem to think punishment of some variety is incoming.

Bovada has made both Miami Heat and the Chicago Bulls (* the Lonzo Ball from New Orleans Pelicans trade) odds on to land in hot water for their recent tampering during the window, and we’re inclined to agree. Even at -400, this one seems nailed on.