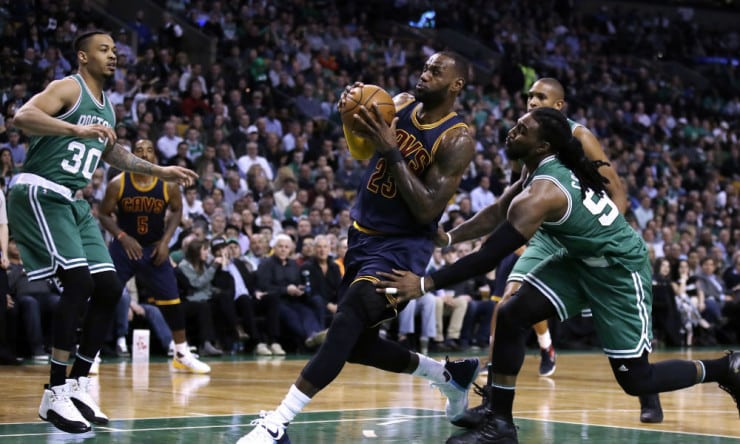 LeBron James was asked Sunday to compare the threat the Warriors present to all the other challenges he has faced in his career. “It’s probably up there,” James said after the Cleveland Cavaliers’ practice. “I mean, it’s up there. Obviously, I’ve played against four Hall of Famers as well, too, with Manu [Ginobili], Kawhi [Leonard], Tony [Parker] and Timmy D [Tim Duncan] on the same team. And if you add Pop [Gregg Popovich] in there, that’s five Hall of Famers.

“So, it’s going to be very challenging. Those guys are going to challenge me. They’re going to challenge our ballclub. This is a high-powered team, and I’ve played against some other [stiff competition]. I’ve played against Ray [Allen], KG [Kevin Garnett], Paul [Pierce], [Rajon] Rondo and Doc [Rivers]. So, it’s going to be very challenging not only on me mentally, but on our ballclub and on our franchise.”