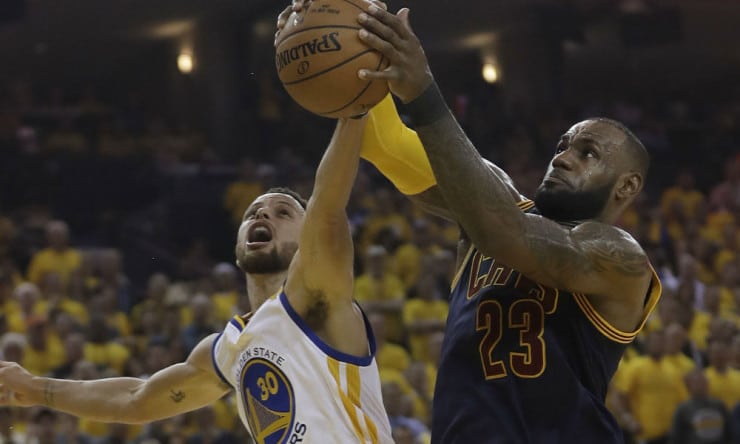 Kevin Durant might have joined the Golden State Warriors with a degree of “if you can’t beat ’em, join ’em” behind his decision, but LeBron James doesn’t have any problem with it — even it costs him a shot at a fourth ring this year. In fact, he said if he were an NBA owner — which he aspires to be someday — he would try to acquire all the talent he could, no matter if the league’s competitive balance would be thrown off.

“Is it fair? I don’t care,” James said Thursday, the day after the Cleveland Cavaliers fell behind 3-0 in the Finals to Durant and the Warriors. “I mean, I think it’s great. It’s great for our league. Right now, look at our TV ratings, look at the money our league is pouring in. I mean, guys are loving the game, our fans love the game.

James ushered in a new era of super teams in the NBA in the summer of 2010 when he left Cleveland to join Dwyane Wade and Chris Bosh with the Miami Heat. It was viewed as an unprecedented collaboration among superstars to line up their free agency years in advance to eventually join forces. The Heat went to four straight Finals and won two championships, including one over Durant and his former team in the Oklahoma City Thunder.