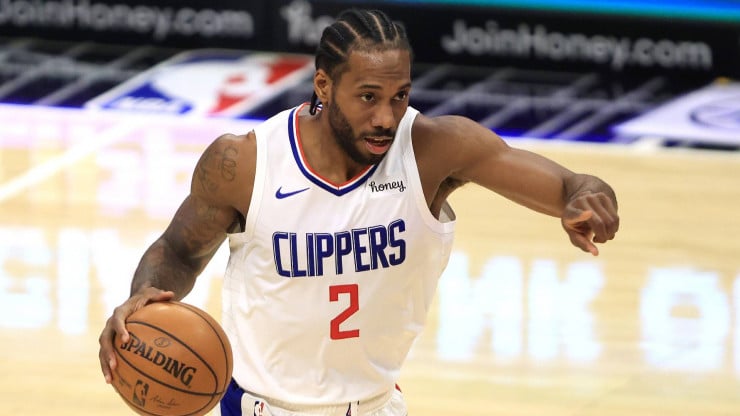 The Los Angeles Clippers are not considering trading star forward and two-time Finals MVP Kawhi Leonard who continues to regain his mojo following an ACL tear in 2021, according to a report.

Leonard is posting solid numbers each night on his return from injury, averaging 20.5 points, 6.1 rebounds and 3.8 assists per game with 50% shooting from the field and 35% from three.

The 31-year-old has only played 24 games this season but when healthy, he pairs Paul George as one of the NBA’s most dangerous duos but the two have not been able to share the floor as much as they’d hoped.

Leonard and George have only played 98 games together in over three years and have had their chemistry interrupted by untimely injuries.

The Clippers are not considering trading Kawhi Leonard, per @LawMurrayTheNU

In his last six games, Leonard has posted at least 24 points on minimum 50% shooting from the field and is beginning to find a consistent flow with the Clippers.

The Clippers sit in sixth place in the Western Conference currently – the last remaining guaranteed playoff spot. With a 25-24 record, Ty Lue’s side are just half a game back from the Dallas Mavericks who have lost four out of the last five.

NBA betting sites have given the Clippers the seventh-best odds to lift the Larry O’Brien trophy in June at a price of +1400.

The Boston Celtics, Milwaukee Bucks, Brooklyn Nets, Denver Nuggets, Golden State Warriors and Memphis Grizzlies are the only teams with better odds than the Clippers.

Kawhi Leonard's averages since these comments were made: