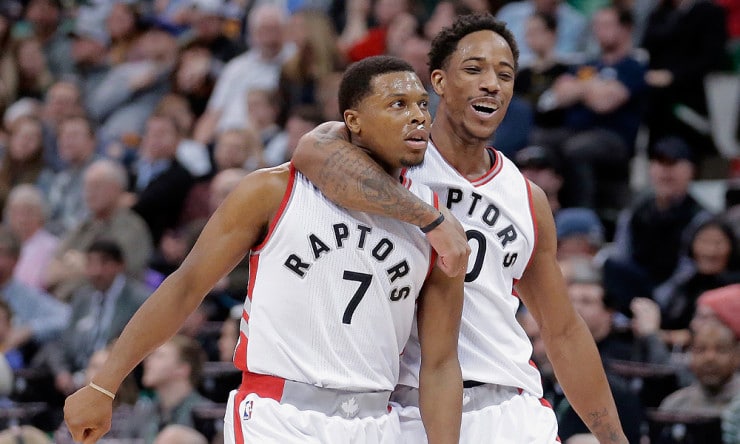 Lowry has been an All-Star each of the past three seasons and averaged a career-high 22.4 points and 4.8 rebounds in 37.4 minutes per game. Lowry also shot a career-best from beyond the arc (.412) and from the field overall (.464).

The 31-year old guard will return to Toronto with Serge Ibaka after the forward agreed to a three-year, $65 million deal. Lowry and Ibaka are both represented by agent Andy Miller of ASM Sports.

The returns of Lowry and Ibaka could spell the end of point guard Cory Joseph’s tenure with the Raptors. Toronto has discussed a trade that would send Joseph to the Indiana Pacers, as previously reported by Basketball Insiders.

The Pacers are searching for a young point guard with playoff experience that can be a part of the team’s rebuilding process after losing point guard Jeff Teague in free agency.

Teague agreed to a 3-year, $55 million deal with the Minnesota Timberwolves at the start of free agency.

While Joseph’s future is uncertain, the Raptors know Lowry and Ibaka will be a part of the team’s core for the foreseeable future.

Source: Kyle Lowry and Toronto Raptors have agreed to a 3-year, $100 million deal.