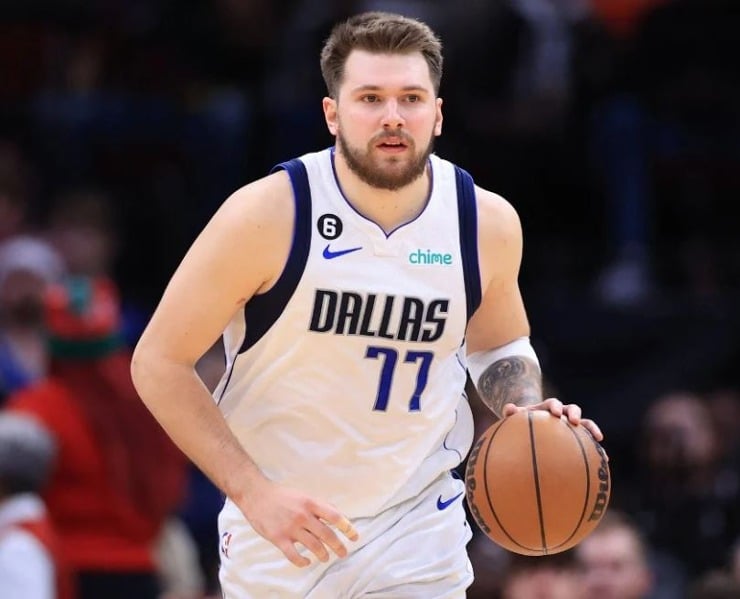 On Friday night, Luka Doncic joined future Hall of Famer Dirk Nowitzki as the only Dallas Mavericks to record multiple 50-point games. It was also his fifth career game with at least 45 points, breaking a tie with Mark Aguirre (four) for the most 45-point games in franchise history.

Per multiple NBA betting sites, Luka Doncic has the third-best odds to win MVP this season. A few sportsbooks are giving Jayson Tatum and Giannis Antetokounmpo better odds to win the award.

At age 23, Luka Doncic has the most

ever by a Maverick. pic.twitter.com/fMqPCMb6Dt

This was Doncic’s second 50-point game of his NBA career. His first occurred on February 10, 2022, when the Mavericks defeated the Los Angeles Clippers 112-105. The guard logged 51 points, nine rebounds, six assists, one steal, and one block in 40 minutes played.

“Sometimes you know you’re going to make more shots than usual,” Doncic said after defeating the Rockets. “When you feel hot, you feel like everything will go in.”

On Oct. 29, in the Mavericks’ 117-111 loss against the Oklahoma City Thunder, the guard closed out his outing with 31 points and a season-high 16 rebounds in 40 minutes of action.

Luka Dončić became only the 4th player since steals were first recorded (1973-74) to record minimums of 50 points, 8 rebounds, 10 assists and 3 steals in a single game.

“Luka is Luka,” Kidd said on Friday. “He’s the best player in the world. He showed that tonight, carrying the load offensively… I don’t know what else to say about him. He was incredible tonight.”