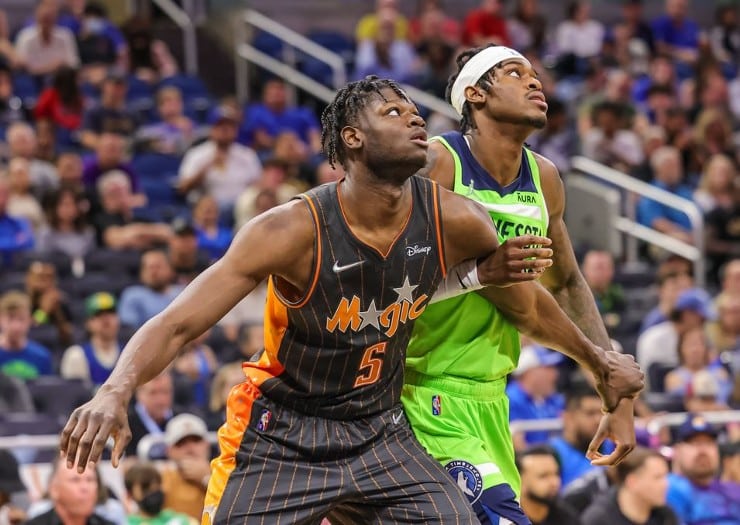 The Orlando Magic have no intention of trading away fifth-year center Mo Bamba, but if an NBA team is interested in dealing for the seven-foot big man, a contender will have to surrender at least a first-round draft pick.

“League executives expect Orlando to hold out for a protected first-round selection or a late first-round pick to part with the 24-year-old rim presence,” said Jake Fischer of Yahoo Sports.

According to a couple of NBA betting sites, the Magic possess the sixth-lowest odds to win the championship in 2023. If Orlando is below .500 with Mo Bamba, the team is likely worse off without him.

Mo Bamba starts the break with a stuff at the rim 💪

SIXERS/MAGIC live now on NBA League Pass! Use code NBA50 at checkout for 50% off ➡ https://t.co/1pomQZMAZK pic.twitter.com/rbhqM5Kwr5

“There are teams like the Lakers and Clippers, as well as Toronto, Sacramento and Brooklyn, that front-office personnel expect to sniff around the big-man market ahead of the Feb. 9 trade deadline,” continued Fischer, “and may be willing to cough up a pair of second-round choices for Bamba. Chicago, too, has been considering its post-Vucevic options as his contract comes to a close at season’s end.”

While the Magic center is not as dominant in the paint as he was last season, the University of Texas product still serves as an excellent backup to Bol Bol and Wendell Carter Jr.

But is the center worth a first-round pick? That’s the ultimate question. So far this season, Bama has missed six games. Moreover, in the Magic’s 95-92 win over the Boston Celtics on Sunday, the center was held scoreless in 19 minutes played. Although, he did finish with six rebounds and three blocks.

Of course, Bama is logging only 19 minutes per game this season. During his breakout season, he averaged 25.7 minutes per game in 71 games and 69 starts. Either the fifth-year player is better with more playing time, or maybe he has lost a step.