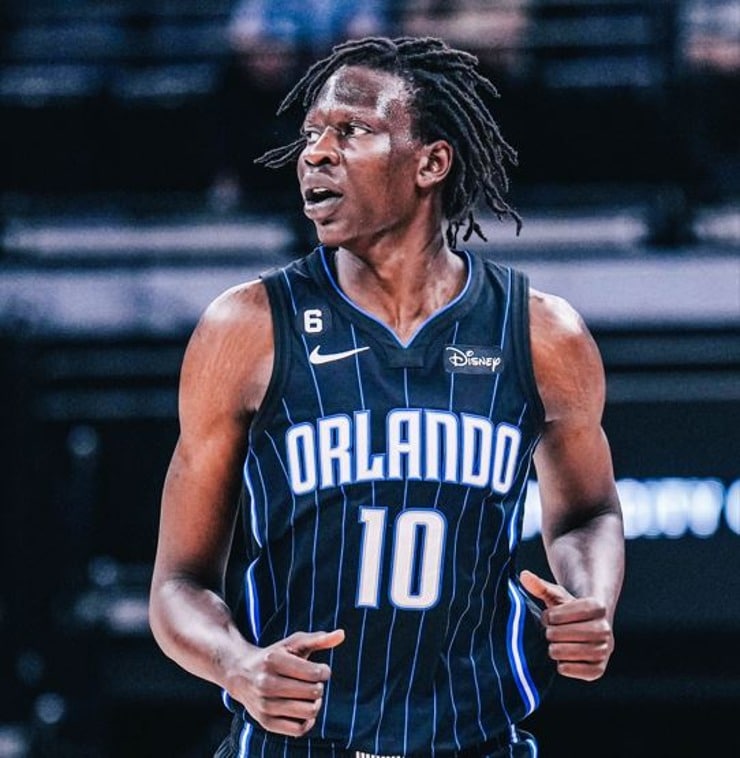 Orlando Magic center Bol Bol is having a breakout season. During this past offseason, the Oregon product signed a two-year, $4.4 million contract with the Eastern Conference team.

Per multiple NBA betting sites, Bol Bol has the sixth-best odds to win Most Improved Player of the Year in 2023. Check out which sportsbooks show greater odds for Shai Gilgeous-Alexander and Tyrese Haliburton.

Bol Bol has been a revelation for the Magic, a quiet contender for the NBA’s Most Improved Player.

Perhaps more importantly, the 23-year-old has finally found a place where he fits.

“Yeah, I had all of this,” the Magic center told Mike Vorkunov of The Athletic on having the size and strength to succeed at the professional level.

“It’s just I haven’t really been able to show it because I’ve been on the bench for the last couple of years,” added Bol. “Now that they’ve [Magic] given me the opportunity, I’ve just been trying to get better each game and I think it’s been showing.”

Magic center Bol Bol is averaging career-high numbers, has favorable odds to win NBA Most Improved Player of the Year

Indeed, the young star is getting better. That’s an understatement. He’s only 23 years old. Twenty-nine games into the 2022-23 season, the center ranks fifth in blocks (52), seventh in blocks per game, seventh in effective field goal percentage (65%), and fourth in block percentage (6.3%).

Bol Bol are you SERIOUS?? pic.twitter.com/A5yVTPj0eX

Bol appeared in only 14 games off the bench with the Nuggets last season. He underwent surgery on his right foot in January, ending his season. Prior to his injury, the center averaged 2.4 points and 1.4 boards per contest with Denver.

Staying healthy is the big question for the big man. While with the Oregon Ducks, he underwent surgery in 2019 to repair a non-displaced fracture in his left foot. At his height, injuries are expected.

If he can get through most of the season without missing too many games, the Magic center has a good shot of winning NBA Most Improved Player of the Year.