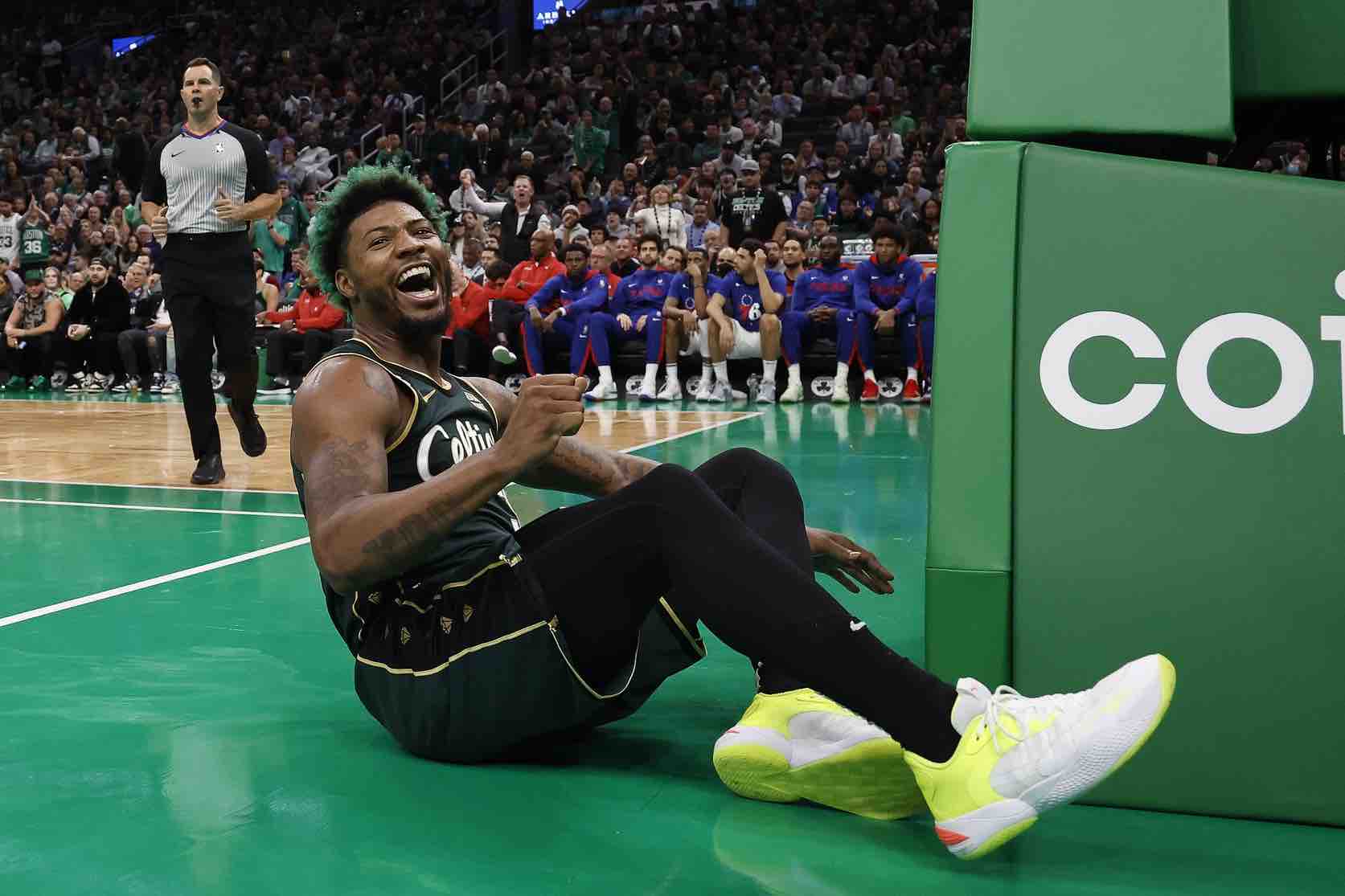 The Boston Celtics are the best team in the NBA right now with a 17-4 record, winning 13 of their last 14 games. As usual, Jayson Tatum and Jaylen Brown lead the way offensively for the Celtics and offseason addition Malcolm Brogdon is the third highest scorer on the team. A part of Boston’s game that many didn’t see coming was the playmaking role that Marcus Smart has stepped into.

Marcus Smart is letting the league know that he is a two-way player and that he shouldn’t just be known for his defense. He dishes out the eighth most assists of any player per game so far this season. His role as a playmaker has made the Celtics that much more of a dynamic team.

Marcus Smart developing into an elite playmaker in Boston

Smart already has five games this season where he’s had at least 10 assists in a game. On Monday, he recorded a career-high 15 assists vs the Hornets and was joking around about his “X-ray vision” during the game.

“You kind of zone out and it’s just you out there doing practice passes, finding guys in the right spot at the right time,” … “Once you’re locked into that, guys start reading that, guys start reading your body language and they start making plays for you to give them the ball and make it even easier for you. When you get in that kind of streak, that kind of zone, your teammates see it and they’re excited for you.” – Marcus Smart

He’s starting to become an invaluable player for the Celtics. We already know what he can do on the defensive end, as he won DPOY last season and was the first guard to win the award since Gary Payton. Smart is a key member of the Celtics success so far this season.