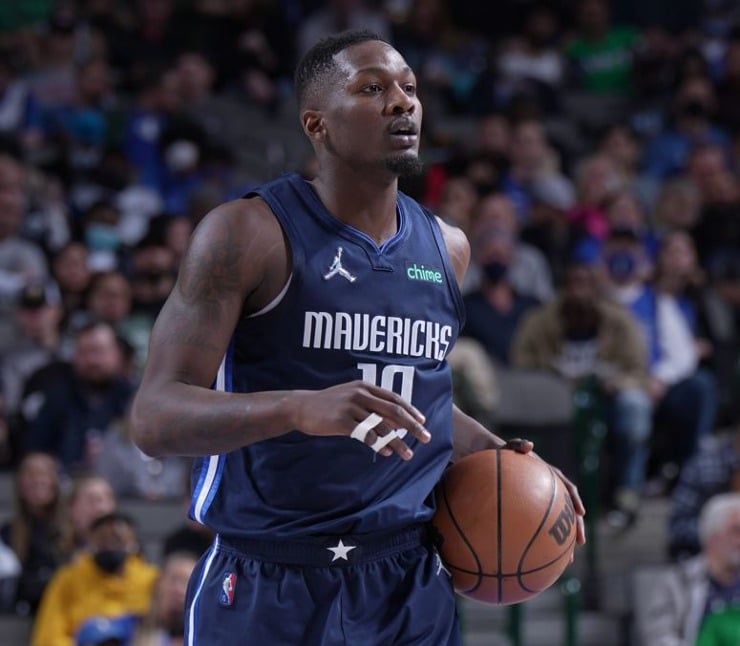 Dallas Mavericks forward Dorian Finney-Smith will miss at least two more weeks due to a strained right adductor, and Josh Green (right elbow sprain) will be re-evaluated on Friday, per coach Jason Kidd.

According to a few NBA betting sites, the Mavericks have the 12th-best odds to win the championship in 2023. Check out which sportsbooks are showing better odds for the Denver Nuggets and Phoenix Suns.

Mavs F Dorian Finney-Smith (strained adductor) will be out at least another two weeks, per Jason Kidd. Josh Green (sprained elbow) will be reevaluated Friday.

Finney-Smith has missed the last three games. However, the Mavericks are hanging in there without the seventh-year wing. Dallas is 18-16 and ranks seventh overall in the Western Conference standings.

Meanwhile, this Friday will mark three weeks since Josh Green sprained his right elbow. When healthy, the 22-year-old is a solid contributor for the second unit. He’s averaging career highs of 7.0 points, 1.2 assists, and 20.3 minutes per game through 25 appearances.

Mavericks are once again built for the playoffs

– best halfcourt offense
– best record vs above .500 teams in the west https://t.co/KQx4XYXk3X

Thirty-four games into the season, the Mavericks rank 21st in scoring, averaging 111.4 points per game. Though, their offensive efficiency rating ranks eighth (1.113). It will be interesting to see Finney-Smith back in the starting lineup with Luka Doncic, who is averaging a career-best 32.8 points.

Moreover, Dallas is allowing a fifth-best 109.5 points per game. The only teams better defensively include the Cleveland Cavaliers, Philadelphia 76ers, Clippers, and Miami Heat. Also, the Mavs’ defensive efficiency rating is 1.094, which ranks 15th in the league.