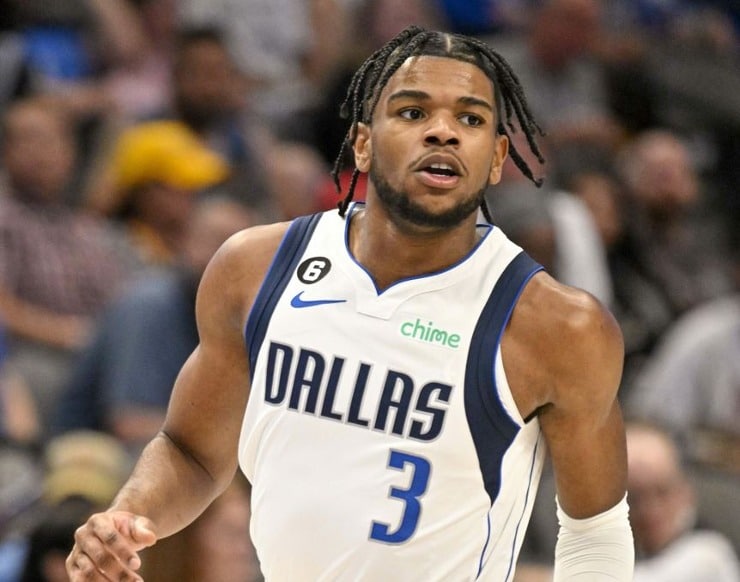 Dallas Mavericks rookie guard Jaden Hardy (back) is among five players out for Friday night’s road game against the Houston Rockets. This will be the guard’s third straight game missed.

According to a number of NBA betting sites, the Mavericks have the 12th-best odds to win the championship in 2023. A few sportsbooks show greater odds for the Memphis Grizzlies and New Orleans Pelicans.

Through nine games off the bench, Hardy is averaging 4.2 points and 7.1 minutes per game while shooting 35% from the field. In the Mavericks’ 144-115 blowout loss to the Chicago Bulls, the guard scored a career-high 15 points in 23 minutes of action.

One known player Dallas needs back is sixth-year player Dorian Finney-Smith. Through 31 starts this season, the forward is averaging 8.4 points, 4.0 rebounds, 1.2 assists, and 1.0 steal. Plus, he’s shooting 40.1% from the floor and 34.5% beyond the arc.

Ranking 10th in the Western Conference, Dallas has won five of its last 10 games. The Mavericks are 4-1 in their past five meetings versus Houston. However, they are 4-14 in their previous 18 road games. On Nov. 16, the first head-to-head contest of the season series, the Rockets defeated them 101-92 at American Airlines Center.

Meanwhile, the Rockets are on a four-game losing streak, having won just four of their past 10 games. Houston is 1-9 in its last 10 matchups versus Southwest Division opponents. And the Rockets are 6-14 in their previous 20 home games. These betting trends favor the Mavericks.

Moreover, for the Rockets’ injury report, Eric Gordon (thumb) and Jae’Sean Tate (ankle) are out for this contest. Garrison Matthews is listed as questionable due to an illness.

According to ESPN’s Basketball Power Index, the Mavericks have a 72.4% of winning on the road at Toyota Center. Despite missing several players, sportsbooks show Dallas as a 7.5-point favorite.