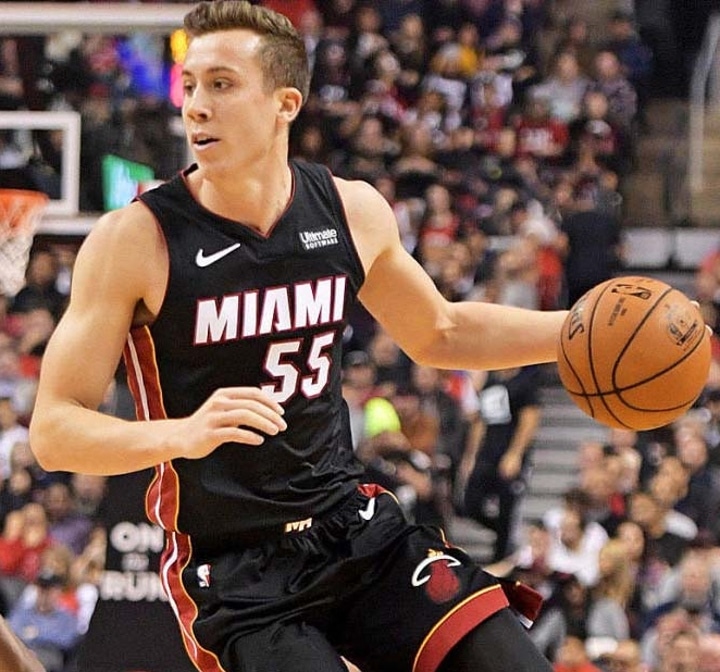 The season has not been an easy one to manage for Miami’s longtime head coach Erik Spoelstra. A plethora of injuries have caused a large number of Heat players to miss time, just 24 games into the season. Kyle Lowry is the only Miami player this season who’s played and started in all 24 games thus far. One player who’s in danger of losing his spot on the team completely is sharpshooter, Duncan Robinson.

Jimmy Butler’s return to the lineup can give new life to the Heat, but that may be the worst case scenario for Robinson. He’s been used very sparingly for Miami this season and it’s clear that he’s slowly being phased out of their rotation. Robinson is averaging his lowest points per game, field goals made/attempted, and minutes per game since his rookie season in 2018-19. He finds himself near the bottom of the pecking order for the Heat right now.

NBA betting sites have the Heat at (+3300) to win the Finals this season.

Duncan Robinson could be phased out of Heat’s lineup

For the 2022-23 season, Robinson is averaging (6.1) points, (2.1) rebounds, and (1.2) assists per game. His three-point percentage is the second lowest of his career and the his field goal percentage is the worst of his career this season. Robinson’s (17.2) minutes per game is the lowest he’s averaged since his rookie season. Max Strus has taken Robinson’s spot in the rotation, getting 13 starts so far this season, Now, Haywood Highsmith and Caleb Martin are even more competition for Robinson to have to compete with for playing time and it might be a disaster scenario for him.

“With [Jimmy] Butler back, someone gets squeezed out of the rotation. Spoelstra apparently trusts [Haywood] Highsmith defensively, so Robinson becomes the odd man out.” – Diego Quezada

Robinson will have to work harder than he ever has if he wants to remain on the Miami Heat for the future. He’s just flat out not getting it done for the team this season, while others are producing and earning more playing time.