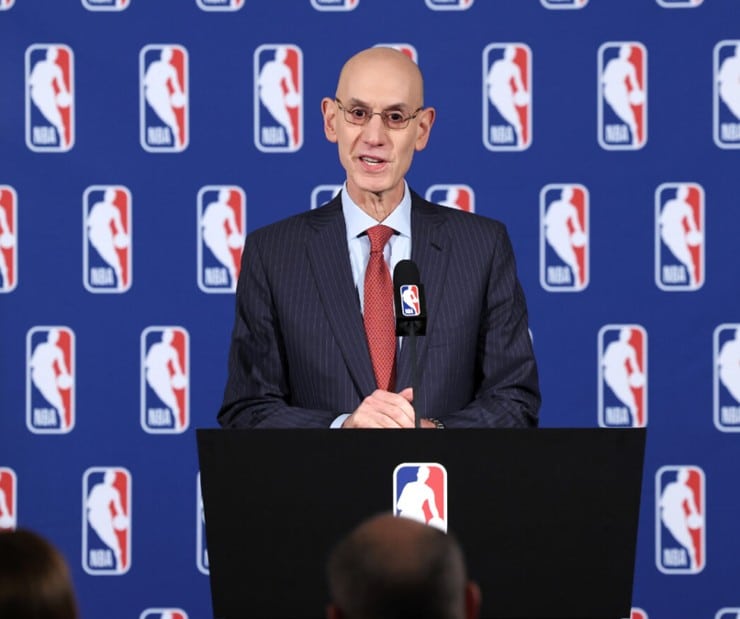 The NBA has been playing an 82-game season since the start of the 1967-68. This grueling battle that players go through during the year is not easy to handle. It takes a tole on the player, coaches, and training staff who are traveling constantly and are away from their families. Commissioner Adam Silver addressed all 30 franchises yesterday, informing them that the 2023-24 season will start on October, 24 and will end on April, 14. Rumors had been spreading about a change for quite some time, and the day has finally come.

Four of the past five NBA seasons have started in the third week of October, so this would be a slight delay with an October, 24 start. There are other additions to the season that some players are unhappy with, specifically the mid-season tournament. Silver has spoken very highly of this mid-season tournament and he’s said he hopes it will break the “monotony” of the regular season.

NBA insider Shams Charania broke the news yesterday and there are still some details that need to be worked out. Teams will now play 80 games in a season compared to the 82-game schedule that’s been around for almost 60 years. The 80-game schedule would be broken up by the mid-season tournament where additional games will be added to a teams schedule if they survive the knockout rounds and advance.

Adam Silver had this to say when he was asked about the plans for the league moving forward.

“I’ll say I recognize that [if] we do that, it’s not going to be an overnight success,”… “Because the obvious question, whether it’s from the players or for the fans will be, ‘What? Why should we think this is meaningful? Playing in-season tournaments?’ My response is going to be, ‘I get that.’ But I think we can create new traditions; obviously, things change over time. And so that’s something I’m very focused on right now.” – NBA Commissioner Adam Silver

An agreement on the mid-season tournament would have to be in place before August. That is when the league normally release the schedule for that upcoming season.