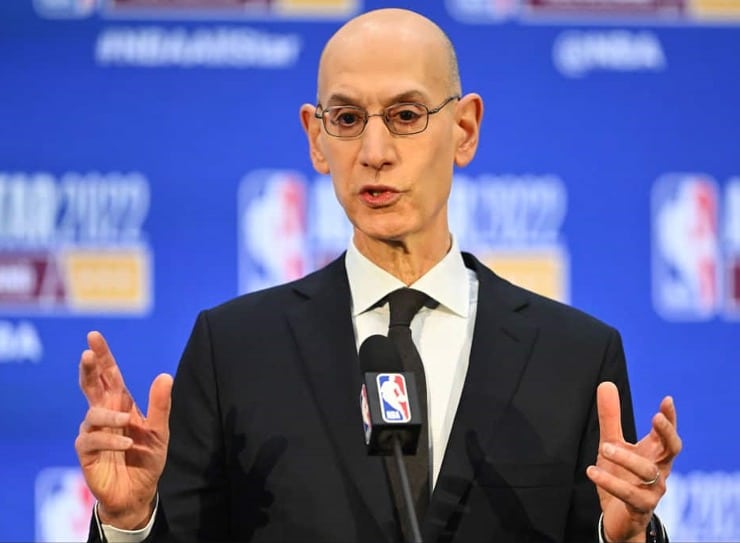 The NBA Board of Governors has proposed an in-season tournament plan for all 30 competing teams. This includes a 78-game regular season schedule instead of 82 games. Eight teams would enter single-round elimination rounds to determine the winner. According to Shams Charania of The Athletic, the Final Four would occur at a neutral site. If this change takes place, the soonest it could go into effect is as early as the 2023-24 season.

Per multiple sources, the top 10 teams in both conference standings would have the opportunity to compete in the playoffs. Whether this is a good idea or not is up to the fans and players to decide. However, it appears the league already conducted its research. This plan was originally discussed by NBA front office officials in December 2019. Though, the COVID-19 pandemic caused delays and other issues throughout the past few years.

Furthermore, based on a league study back in 2019, about 60% of NBA fans were wanting a shortened regular season. Plus, roughly 68% of fans were interested in watching an in-season tournament as well. And 75% were fine with the said play-in tournament determining which teams would be eligible to compete for the championship.

Nevertheless, how many NBA fans do you know that participated in this study? That’s the question right now. Unless millions of fans are voting, results can be misleading. On social media, fans are not happy with these potential changes. Keep in mind, however, a lot of people voice complaints about anything over the Internet these days. Regardless, the NBA Board of Governors might make a mistake with this one.

Spectators were already divided over the league’s play-in tournament idea for the 2019-20 season. It was mainly because of COVID-19. The league was forced to delay its regular season in 2020. Then, the play-in concept carried over to the 2020-21 and 2021-22 seasons. While change can be a good thing, older NBA fans might have a problem with this NCAA Tournament-like system this time around.

When the NFL expanded its regular season from 16 games to 17, the decision impacted the league’s record book. If it hasn’t yet for a couple of football players or teams, give it some time. Considering the NBA is cutting its 82-game seasons down to 78 games, records will not matter as much.

For example, with a total of 73 wins, the 2015-16 season Warriors set the NBA record for most wins in a single regular season. Now with a shortened season, that record will likely last forever.

Dating back to 2016, NBA commissioner Adam Silver has pushed for an in-season tournament in the league. He told reporters in early 2019, “It would need to be negotiated with the Players Association. I’ve had very general discussions with union executive director Michele Roberts about the notion that these are the kinds of things we’re looking at. I think she, of course, is supportive of looking at any ideas we have to build the business over time.”

More articles related to the NBA Board of Governors are on the main page.