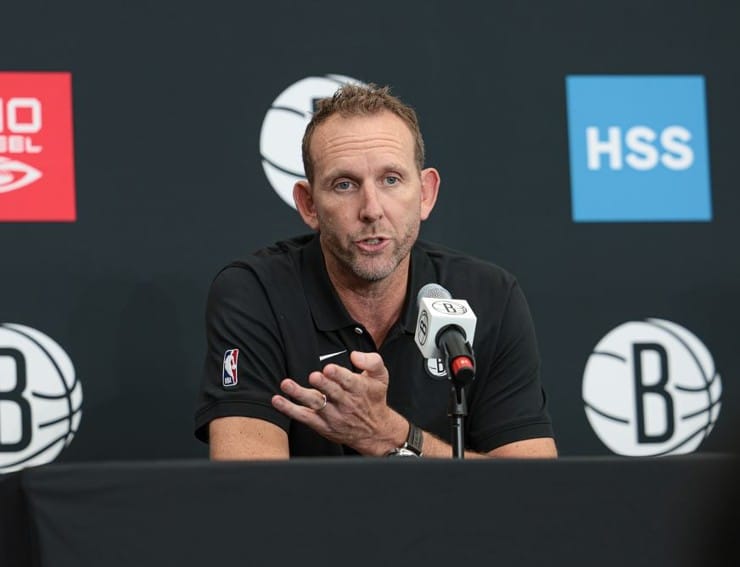 The Brooklyn Nets have been trending upwards since Kyrie Irving’s return to to the lineup after his team issued suspension. Brooklyn are 8-2 in their last ten games and have won the last four in a row. Last night, the Nets beat the Washington Wizards on the road 112-100. On Saturday, the Nets were missing eight key players in the game and escaped the Pacers with a 136-133 win. They’ve been finding a way to win games in close fashion, but it’s clear that they could add a few more pieces to sure up some lose ends on the roster.

Brooklyn has plenty of scoring on their team. Kevin Durant and Kyrie Irving account for a large portion of the Nets scoring during games and they have a lot of other great role players and scorers who can come off the bench. One glaring issue for the Nets this season is their presence down low. They are constantly being outrebounded on the glass. The Nets are lacking a true center on their team who’s a physical presence on the boards and can control a game that way. Don’t count out Nets GM Sean Marks to make a move before the trade deadline.

Brooklyn could make move before trade deadline to improve roster

NBA insider “Scoop B” Robinson said that when the Nets sat some of their key players vs the Pacers on Sunday, it was a tactical strategy by Nets GM Sean Marks. The trade deadline approaches in Febrarary. Last year at the deadline, Marks shipped off James Harden to the 76ers in exchange for Ben Simmons, Seth Curry, and two first-round picks.

“Don’t look at the Nets [and think] that because they played those eight guys that Sean Marks doesn’t have something up his sleeve,”… “You don’t know what’s in his deck of cards, but ultimately the Nets were showcasing talent on that squad and that’s the talk in Nets land.” – Scoop B Robinson

Don’t count out Sean Marks to make improvements to this Nets roster mid-season like he has done in the past. A nice C/PF who can play off the bench and control the boards for Brooklyn would be a huge piece if they were to add someone.