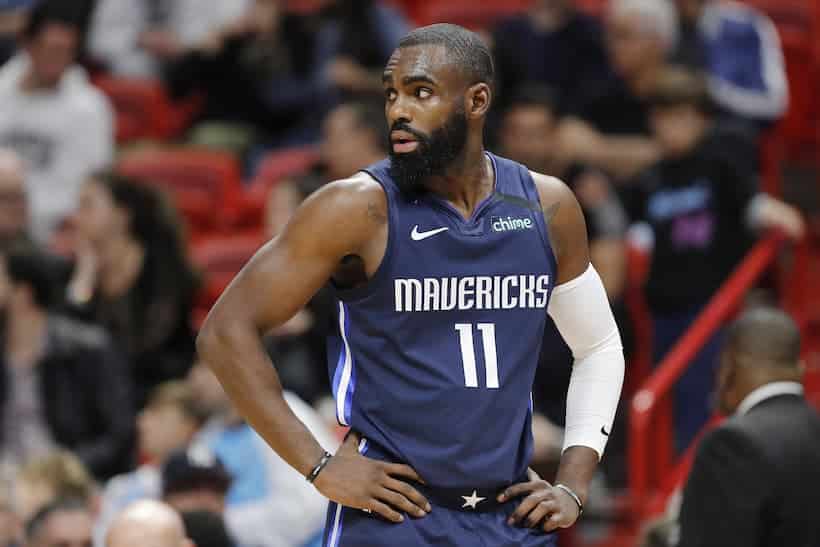 For the Dallas Mavericks this season, the team has been carried by MVP candidate Luka Doncic. It’s clear that they need some help if they want to be a real contender in the West. NBA insiders have reported that an NBA veteran for the Mavericks is available for a trade and one title-contender in the East has been interested in adding some depth to their lineup.

Tim Hardaway Jr. is in his fifth season with the Dallas Mavericks and has been in and out of the starting lineup. He’s started in 22 of his 39 games played this season. On a team that struggles to score without Luka Doncic on the court at times, Hardaway Jr’s (13.4) points per game are much needed for Dallas.

Texas Sports Betting sites have the Mavericks at (+2800) to win the Finals this season.

Tim Hardaway Jr being looked at closely by the Cleveland Cavaliers

The NBA trade deadline is exactly one month from today. It’s been reported that Tim Hardaway Jr. is being looked at by the Cleveland Cavaliers. Marc Stein had this to report on what the Cavaliers might do down the line.

“League sources have reaffirmed to me that Hardaway is indeed available and that it’s essentially up to the Cavaliers if they are prepared to take on the two years and $34.1 million left on Hardaway’s contract beyond this season.” – Marc Stein

Two-years, $34.1 million is nothing to just shy away from. That’s a nice chunk of change for certain franchises. Luka Doncic is the offensive catalyst for the Mavs this season, but Hardaway Jr’s (13.4) points per game are the fourth-most on the team. His shooting numbers are down slightly from his five-season average with the Mavericks.

Stein also hinted that the easiest swap for the Cavaliers would be to send Caris LeVert to Dallas in exchange for Tim Hardaway Jr. LeVert has an expiring contract at the end of the season which could be valuable to the Mavs. They could potentially sign him to a bigger contract or look to trade him after this seasons end.