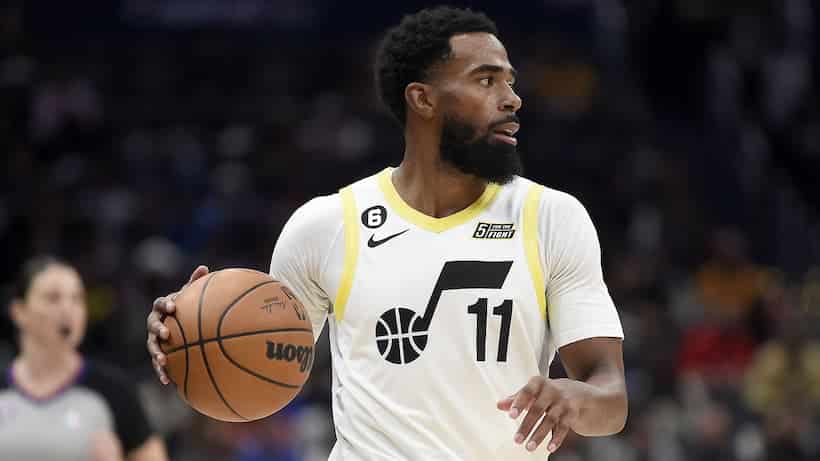 Injuries have delayed the LA Clippers season at times in 2022-23, but the team is still holding strong at one-game over .500 and are sixth in the West. With the trade deadline approaching, the Clippers seem to be eager to make a move. NBA insiders have reported that LA is interested in an NBA veteran that they had interest in signing before the start of the season, but it never played out.

Thirty-five year old Mike Conley is being reported to have interest in a trade with the LA Clippers. He’s in the last season of a guaranteed money as he’ll make $22 million with the Jazz in 2022-23. Many NBA insiders expect the Jazz’s front office to be sellers near the deadline and that could potentially be Conley is the move is also right for the Clippers.

California Sports Betting sites have the Clippers at (+ 1200) to win the Finals this season.

The Clippers’ Mike Conley interest dates back to at least this summer, when Los Angeles was weighing point guard options before John Wall headed to Staples Center after securing his buyout from the Rockets. https://t.co/BwrSQG5tSR

Could Mike Conley be on the move to the Clippers before the trade deadline?

The LA Clippers reportedly had interest in the summer in signing Conley, but the signing of John Wall happened first after his buyout from the Houston Rockets. Conley is one of the more recognizable names on Utah’s roster this season, but his efficiency and scoring are down statically this season.

His points per game this season (10.3) are the lowest of his career since his rookie season in 2007-08. Along with the low scoring comes poor shooting numbers and once again his field-goal percentage is the second-lowest of his career. Conley’s three-point percentage is also the lowest it’s been since 2017-18. The best thing he’s got going for him this season is a career-high (7.5) assists per game.

The one-time all-star draws the attention from the Clippers as they are in still in search of a PG who can facilitate their offense and get Kawhi Leonard and Paul George easy baskets. John Wall’s abdominal injury is another reason Conley’s name is being discussed as well.