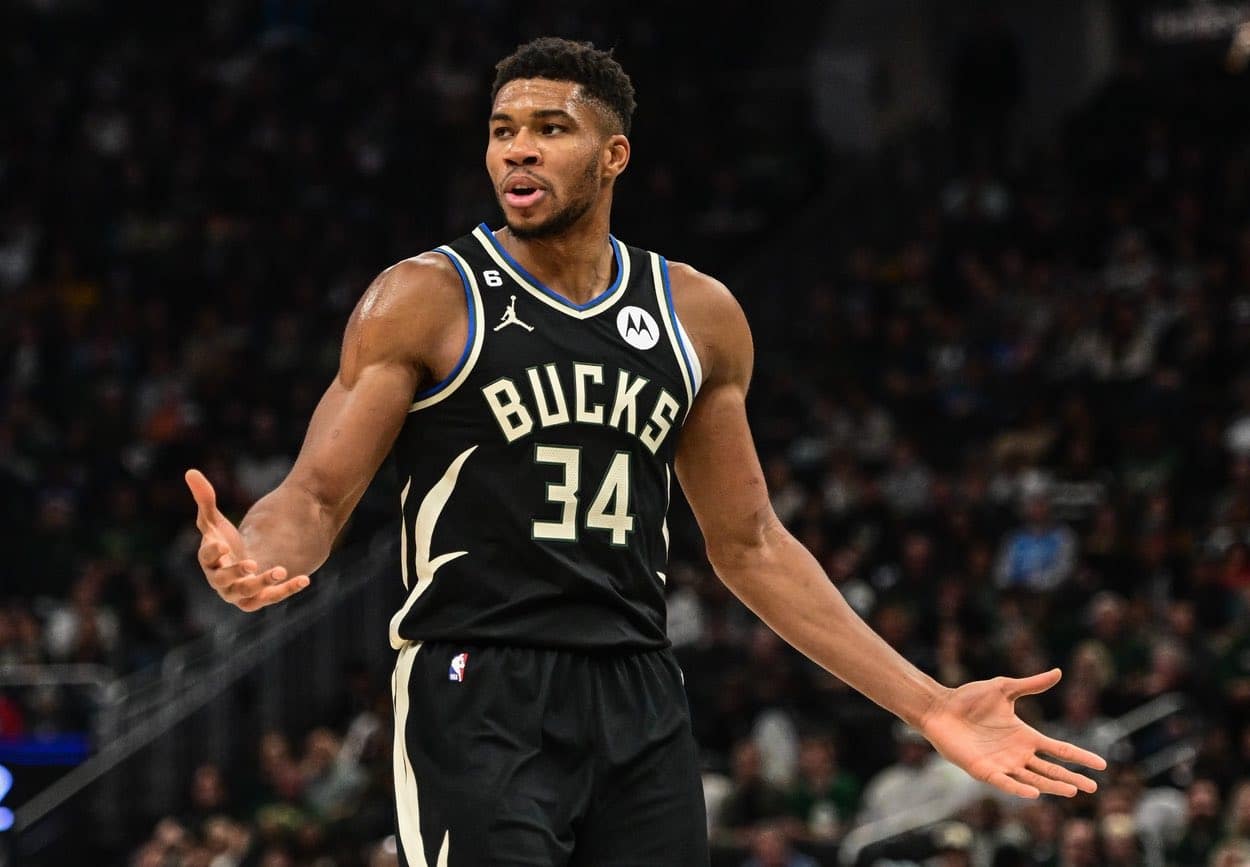 We’ve got seven games going on across the NBA tonight to begin the week. The Boston Celtics and Milwaukee Bucks are now tied with the lowest odds to win the NBA Finals. Both are at (+550). Boston has won six games in a row and the Bucks have lost two of their last three. The Miami Heat will host the Phoenix Suns tonight at 7:30pm. Phoenix is .500 in their last six games and the Heat are 4-2 in their last six games.

At 7:00pm, the 3-11 Charlotte Hornets will be taking on the 4-9 Orlando Magic. Each team needs a win now more than ever. Charlotte has lost eight straight games, but they did get back all-star PG LaMelo Ball back on Saturday night. The LA Clippers will be on the road to take on the Houston Rockets. LA has won five of their last seven games and the Rockets are just 2-11 this season.

The NBA Standings after Sunday's action 👀

3 things to look out for in tonight’s games

The Oklahoma City Thunder are 2-4 in their last six games and have a 6-7 record so far this season. It will be a tough matchup for them tonight vs the Celtics. OKC might not have enough scoring to keep up with Boston or enough defense to stop them as well. They’re a young team who play in a tough Northwest Division. Shai Gilgeous-Alexander leads the team in points (31.1) and steals (2.1) per game.

Boston has been on a hot streak over the past week and a half. They’ve won six games in a row and seven of their last eight. The Celtics are now tied with the Bucks for the lowest odds to win the NBA Finals at (+550). Boston is 10-3 so far this season and have the second best record in the Eastern Conference. Jayson Tatum and Jaylen Brown are the dynamic duo that lead the Celtics. Both play exceptional offense and defense and there’s a reason why Boston made the NBA Finals last season.

Phoenix is 3-3 in their last six games and most recently lost to an Orlando Magic squad that were 3-9 coming into that game, 114-97. Chris Paul (heel) is questionable for the Suns tonight. Devin Booker averages (26.7) points per game this season and was held to 17 against the Magic last Friday. Last week, SF Cam Johnson had to have surgery to remove part of his meniscus. He’s expected to miss about one to two months.

The Miami Heat have been playing better as of late and have won four of their last six games. Tyler Herro (ankle) is questionable for the game tonight. Miami is in third place in the Southeast Division. Jimmy Butler leads the team in points (22.1), assists (6.1), and steals (1,9) per game.

#PHXvsMIA INJURY UPDATE: Tyler Herro (ankle) and Dewayne Dedmon (foot) are both listed as questionable to play in tonight's game vs the Suns. Victor Oladipo (knee) and Omer Yurtseven (ankle) have both been ruled out.

The game tonight between Atlanta and Milwaukee has the potential to be the best game of the day. These teams have already met once this season and the series is split 1-1. Atlanta is 4-2 in their last six games and Bogdan Bogdanovic (knee) is still out for the Hawks and has yet to make his season debut. Last Monday the Hawks beat the Bucks without Trae Young, 117-98. Young will play tonight and he’ll give his best effort to help his squad try and beat the top team in the East two times in the last week.

Milwaukee started the season 9-0 and have gone 1-2 in their last three games. Jrue Holiday is still out for the Bucks and the last game he played was vs the Hawks last Monday. Additionally, Grayson Allen (illness) is probable to play tonight and Giannis Antetokounmpo (knee) is also probable to play. The Bucks lost their last game on Friday night vs the San Antonio Spurs. They will host the Hawks tonight in search of a bounce back win.