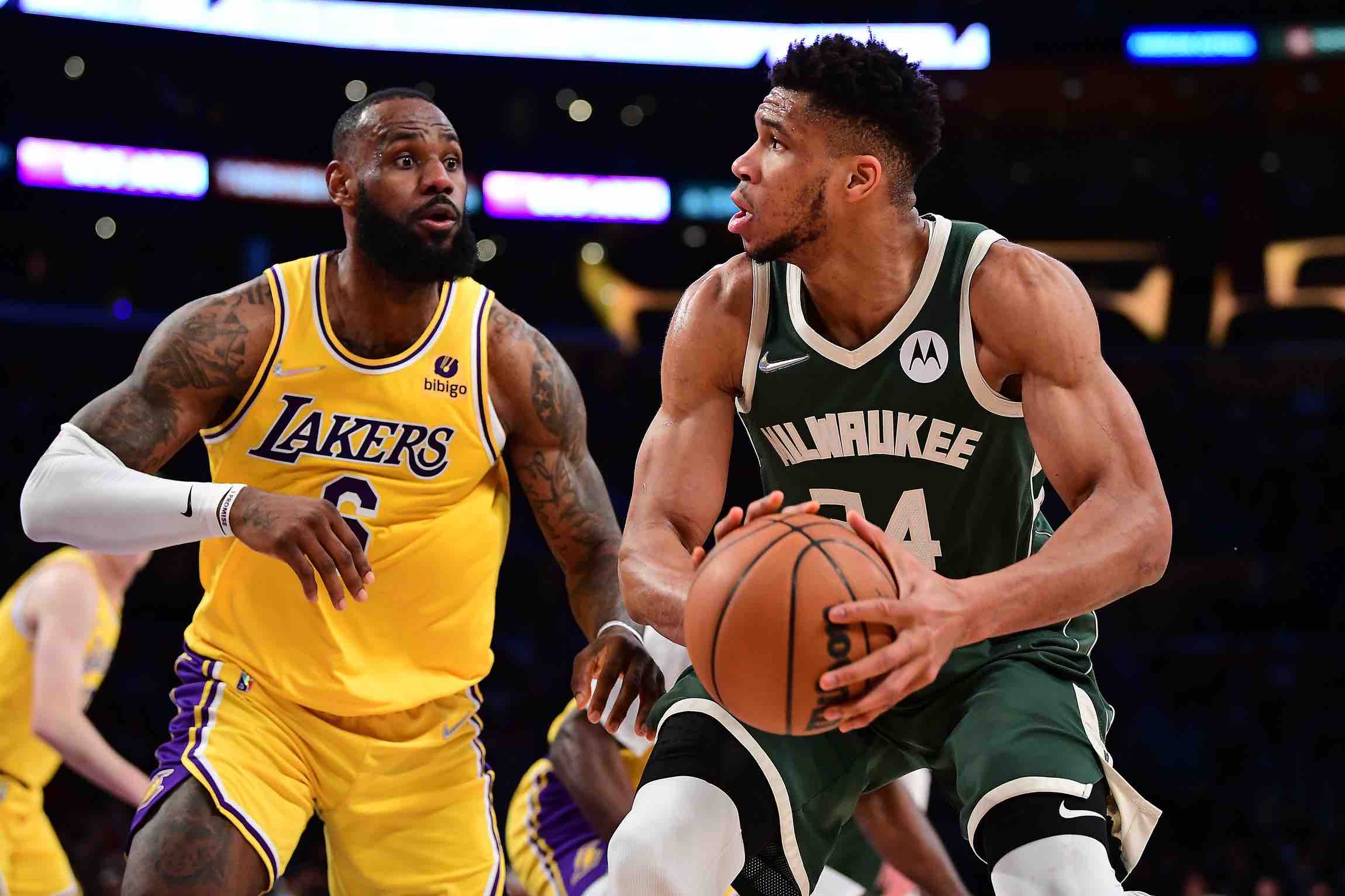 The 2022-23 NBA season is underway and we have the best player prop picks for tonight’s two games: Bucks vs Sixers and Clippers vs Lakers.

We have now progressed past NBA opening night and ‘League Pass opening night,’ as the season moves on to Milwaukee Bucks vs Philadelphia 76ers and LA Clippers vs Los Angeles Lakers live on ESPN Thursday night.

Kawhi and Paul George are finally back on the court together and the Clippers look to be real title contenders if the roster can stay healthy throughout the season.

George averaged 24.3 points, 6.9 rebounds and 5.7 assists in 31 regular season games last year before an untimely injury put his season to an end.

The 32-year-old is still in the prime of his career with six All-NBA honors alongside seven All-Star appearances and is comfortably amongst the top 15 NBA players.

LeBron to have a double double @ +115 with BetOnline

LeBron James was unfortunate to see defeat on Tuesday after an admirable individual showing, shooting 48% from the field on 25 attempts.

The 37-year-old admitted postgame that the Lakers are ‘not a team constructed of great shooting’. It was a historic night for the four-time champion, who is now top ten all-time in points, assists, steals, wins and threes.

Sooo Lebron has some thoughts: "We're not a team constructed of great shooting. It's not like we're sitting here with a lot of lasers on our team…like if you had a bunch of underneath route runners, the quarterback's not throwing 20+ yard passes downfield." pic.twitter.com/n4yJGdbVqS

Back LeBron double double @ +115 With BetOnline

Giannis Antetokounmpo over 30.5 points @ -120 with BetOnline

Milwaukee will certainly miss the presence of Middleton, as they did during the 2021-22 playoffs, meaning Giannis will have to take on an even bigger scoring load to put the team on his back in Philly.

The two-time MVP averaged 29.9 points per game in the previous campaign and is out for blood after being denied back-to-back championships earlier this year.

Giannis is too strong. 💪 pic.twitter.com/G9T4PNWCyH

On an off-night for Joel Embiid, James Harden stepped up in impressive fashion in Boston. The 33-year-old posted 35 points, eight rebounds, and seven assists at TD Garden despite falling short of a victory.

Harden made 5/9 threes and had multiple highlight plays on the night, including two snatches which both resulted in bricks.

The former MVP looks slimmer and more committed to his body than in previous years and at a price of -115 for over 2.5 threes, there is plenty of value in this selection.

The TNT Overtime angle of the Harden play is even better. pic.twitter.com/NDc0eZFACo