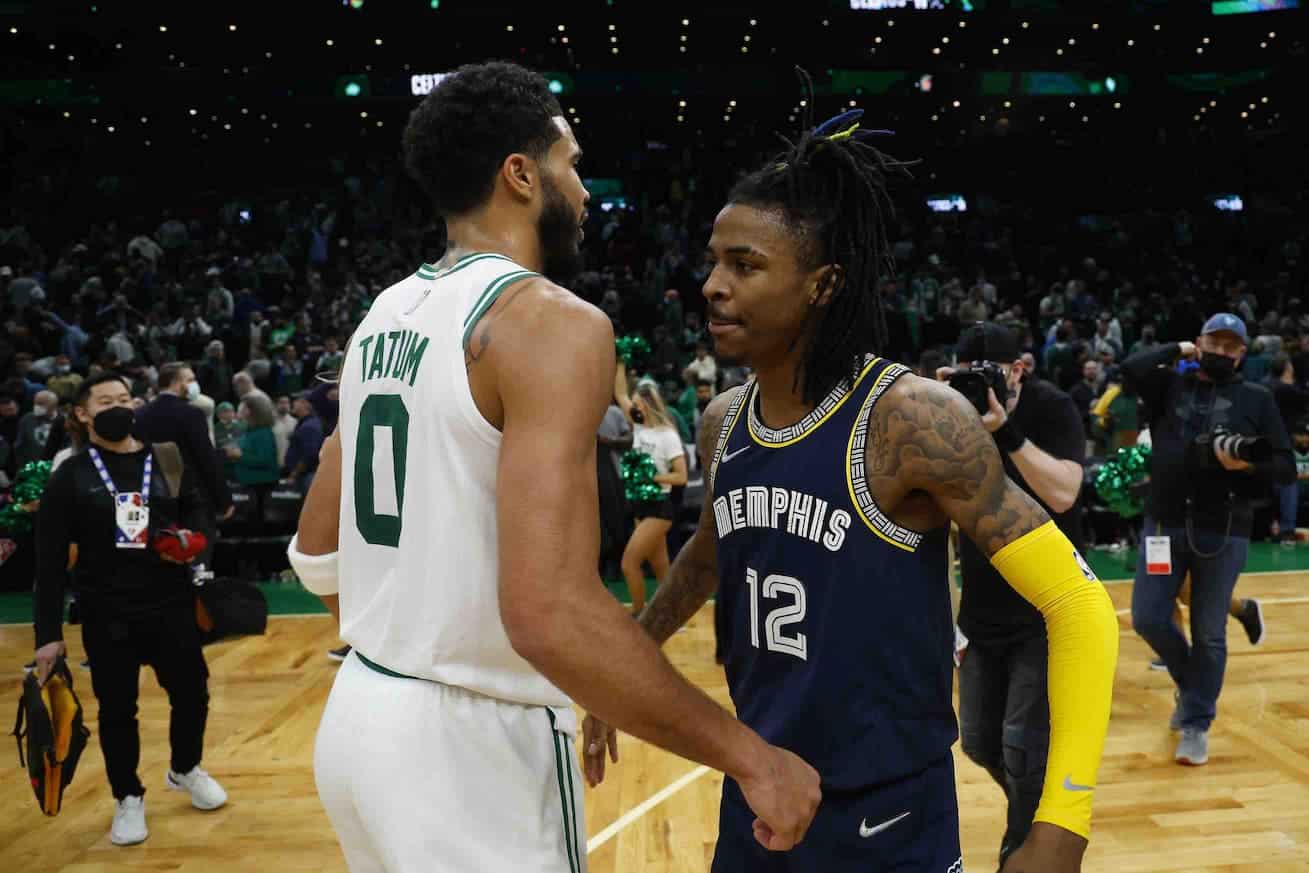 The 2022-23 NBA season is underway and we have the best player prop picks for tonight’s games featuring Grizzlies vs Celtics and Hawks vs Bucks.

Tonight’s NBA games are headlined by Memphis Grizzlies vs Boston Celtics and Atlanta Hawks vs Milwaukee Bucks for which we have chosen three player prop picks that you can back on BetOnline.

The Celtics have won two in a row and are on the road tonight against Ja Morant’s Memphis Grizzlies following Saturday night’s history making performance in New York.

Giannis Antetokounmpo remains the outright favorite to win MVP f0r a third time and the Milwaukee Bucks remain undefeated, heading into tonight’s clash with the Atlanta Hawks at 9-0.

Jayson Tatum is having an expectedly elite season with the Celtics through nine games, averaging 30.3 points on 50% from the field and 38% shooting from downtown alongside eight rebounds and 4.2 assists per night.

Boston are 6-3 to open the season, falling to losses against the Cleveland Cavaliers (x2 in overtime) and Chicago Bulls. There is potential for Joe Mazzulla’s side to put together a lengthy win streak with victory tonight in Memphis.

Tatum averaged 34 points, 7.5 rebounds and four assists against the Grizzlies last season and is 9-0 vs the Tennessee side in his career. We’re picking the MVP candidate to post over 27.5 points tonight.

The Celtics hit a franchise-record 27 threes against the Knicks on Saturday night. They also tallied 30 assists on 47 baskets, which is outstanding stuff. Jaylen Brown was on fire all games, but this is unselfish team basketball here. Brown could have shot but got Tatum the look. pic.twitter.com/lqVmnfKccu

Ja Morant’s last five games have been underwhelming compared to the 23-year-old’s usual standards. 22.8 points per game on 42% from the field and 29% from three is not the usual stat lines we see from last season’s Most Improved Player winner.

Despite the recent form, the Grizzlies are 7-3, marking the franchise’s best ten game start since 2014. Desmond Bane carried the scoring load in Sunday’s win vs the Washington Wizards, posting 28 points whilst Morant added 23 points, nine rebounds and six assists.

Giannis Antetokounmpo is the outright MVP leader and is averaging a mind-blowing 32.6 points, 12.9 rebounds and 5.8 assists per game as the Milwaukee Bucks have stormed to a 9-0 record.

Having recorded only one triple double so far this season, this is a great opportunity for the Greek Freak to get a second with Hawks All-Star guard Trae Young’s status for the game questionable.

This is the best start in Bucks franchise history and Giannis’ numbers so far this year are better than the averages from his two previous MVP-winning campaigns.

Back Giannis triple double @ +1225 with BetOnline
Join our Telegram channel for our exclusive free betting tips, picks and offers.