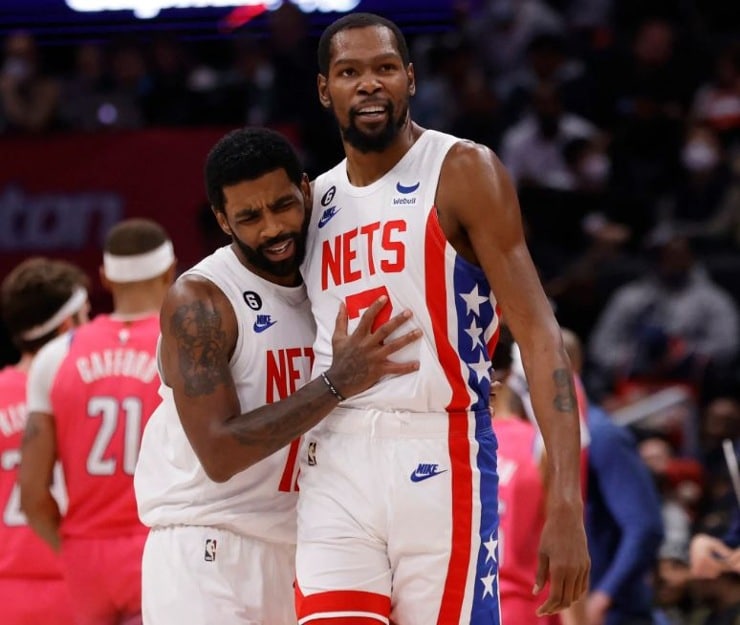 In 2019, Kevin Durant was traded by the Golden State Warriors to the Brooklyn Nets. He felt his time on the West Coast was over. The 12-time All-Star won two NBA championships and Finals MVPs with Stephen Curry and the Warriors.

On Friday, Durant was asked why he wanted out of the Bay Area. “It was another pivot,” the 15-year veteran said. “I just wanted to play ball somewhere else. But a lot of people see it as I’m chasing something. And I think it probably stems when I said, ‘I don’t want to be number two no more.'”

According to a few NBA betting sites, the Nets have the sixth-best odds to win the championship in 2023. Some sportsbooks are showing better odds for the Milwaukee Bucks and Boston Celtics.

Kevin Durant says he was conflicted about leaving the Bay Area, but felt he would always stand apart from the Warriors that were drafted or grew their careers there. pic.twitter.com/CaWYHRgOIt

During the 2016 offseason, Durant joined Golden State after the Oklahoma City Thunder lost in seven games of the Western Conference Finals against none other than the Warriors.

Durant and the Thunder’s only NBA Finals appearance was back in 2012. However, the team lost in five games versus LeBron James and the Miami Heat. It was the same season James Harden won Sixth Man of the Year and Durant was awarded the All-Star Game MVP.

Nets forward Kevin Durant left Warriors to play ball for another team, not to prove he’s better than LeBron James or Michael Jordan

“I was number two in high school, in the draft. But what I had to explain to people was, I had just lost in the Finals. I wanted to go back and win the Finals,” Durant added.

“It wasn’t about: ‘I want to be the best ever. I want to be better than LeBron or [Michael Jordan].’ I don’t give a s— about that. I want to wake up every day and do what I do. If we win, I know that stuff comes with me being the best that I can be.”

Steve Kerr says Kevin Durant is “the same guy” he was when he was playing for the Warriors four seasons ago.

“He’s just one of the great scorers of all time… He can get any shot he wants, he’s the game guy.” pic.twitter.com/j46zeD2lyg

In Brooklyn’s 143-113 blowout win over the Warriors on Wednesday, the Nets scored 91 points in the first half, the third-most by a team in NBA history. Durant ended his performance with 23 points, seven rebounds, five assists, and four steals in 30 minutes played.

Despite Golden State winning its fourth championship in eight years, it appears Kevin Durant is content with the Nets. But this past offseason showed everyone that KD demanded new leadership.

Durant wanted G.M. Sean Marks and then-head coach Steve Nash fired. After a 2-5 start, Nash was canned. Under coach Jacque Vaughn, the Nets have gone 18-7, the best record in the NBA since Vaughn’s promotion.