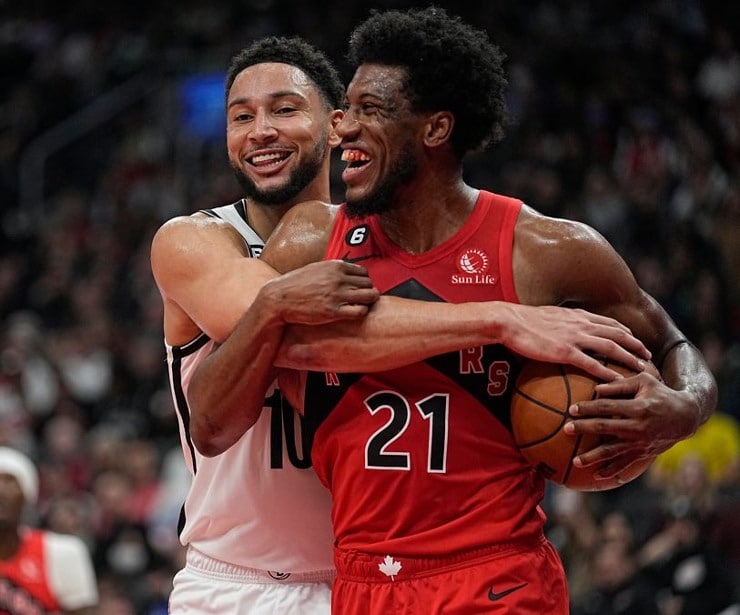 “Healthy,” said Morris on why the three-time All-Star is playing better. “He finally got his legs under him. He was off for two years. Y’all wouldn’t give him a chance, y’all want to criticize him after every f—king game…”

Per a few NBA betting sites, the Nets possess the sixth-best odds to win the championship in 2023. Some sportsbooks are giving the Boston Celtics and Milwaukee Bucks higher odds.

Markieff Morris on why Ben Simmons has improved his play recently:

“Healthy. He finally got his legs under him. He was off for two years. Y’all wouldn’t give him a chance, y’all want to criticize him after every fu***** game”

Through the first nine games of the season, Simmons was held to under 10 points. However, in his last five starts, the Nets guard has averaged 14.6 points, 7.0 rebounds, 6.4 assists, 1.6 steals, and 1.2 blocks.

Last Thursday, in the Nets’ 109-107 win over the Portland Trail Blazers, Simmons recorded his first double-double of the season. He finished with 15 points, 13 boards, and seven assists.

“But when a guy don’t play two years — because obviously y’all wouldn’t know because none of y’all played in the NBA, he had to get his body right. Contact every night, he’s playing 30-plus minutes, it takes time,” added Morris.

Nets forward Markieff Morris believes the media wanted to criticize Ben Simmons, refused to give him a chance

In Simmons’ return to Philly on Tuesday, the guard posted his second double-double of the season in the Nets’ 115-106 loss to the Philadelphia 76ers. In 33 minutes, the 26-year-old amassed 11 points, seven rebounds, and 11 assists.

Although the fifth-year player is recording a career-low 15.1 player efficiency rating, he is improving statistically from game to game. That’s the bottom line.

This clip of KD talking about Ben Simmons yelling at him after he passed up a backdoor dunk in Portland is hilarious:

“Joe missed the shot and I look up and Ben was like ‘Dunk the f***ing ball!’”

While the guard is attempting only 6.2 field goals per game, he’s missing less than he did in previous seasons. But the Nets are utilizing Simmons in just 14.8% of their plays with him on the court.

In Brooklyn’s win against the Raptors on Wednesday, Simmons ended his performance with 14 points, six assists, three steals, and two blocks. Royce O’Neale sank a career-high five shots from downtown.

With the LSU product, the Nets are a better team defensively. Including the win over Toronto, the team is now 9-10 and ranks 10th overall in the Eastern Conference standings.

On Friday, the Nets play the Indiana Pacers on the road at 8 p.m. ET. Sportsbooks show the Nets as 3.5-point favorites. According to ESPN’s Basketball Power Index, Brooklyn has a 55.9% chance of beating the Pacers.