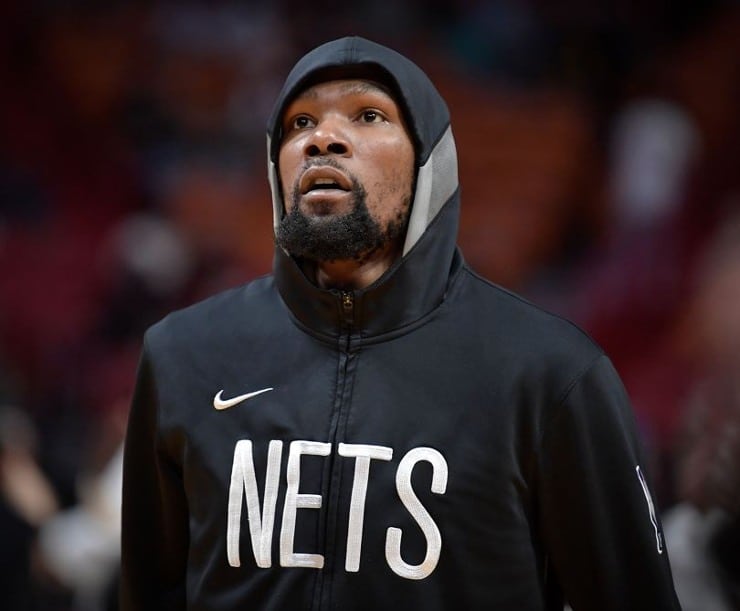 Brooklyn Nets superstar Kevin Durant was re-evaluated Monday afternoon. Now, his right MCL sprain will be re-assessed in two weeks, per sources. The soon to be 13-time All-Star is “progressing well and as expected,” the team announced on Tuesday.

Durant will begin running and participating in on-court activities this week. Brooklyn coach Jacque Vaughn is debating whether or not to rest the two-time MVP until after the All-Star break. It makes little sense to rush the forward back from an injury for a couple of games.

Based on various NBA betting sites, the Nets possess third-shortest odds to win the championship. A few sportsbooks are giving the Boston Celtics and Milwaukee Bucks better odds.

Brooklyn Nets star Kevin Durant is making progress in his recovery from MCL sprain as planned and will be re-evaluated again in two weeks, sources tell @TheAthletic @Stadium.

Durant has missed the last six games. He has only missed a total of seven contests this season. Additionally, the 15-year veteran is averaging a career-high true shooting percentage of 67.3%.

If Durant can stay healthy for the remainder of the season, the two-time NBA champ could become the first player in NBA history to average 30 points per game on at least 65% true shooting.

On Nov. 28, in the Nets’ 109-102 win over the Orlando Magic, the wing logged a season-high 45 points in 39 minutes of action. Not to mention, he ended his outing with seven boards, five assists, two steals, and two blocks while shooting 19-of-24 (79.2%) from the floor and knocking down three 3-pointers.

Kevin Durant was re-evaluated yesterday. He'll be re-assessed again in two weeks. The Nets say he is "progressing well and as expected." He is going to begin running and on-court activities this week.

Brooklyn has gone 2-4 since Durant’s injury and 3-4 this season without the 10-time All-NBA member. Without the veteran forward, the Nets have dropped to 16th in scoring, averaging 113.7 points per game.

However, the Nets have the second-best shooting percentage (50.8%) in the league. Bear in mind, Brooklyn ranks fifth in opponents’ scoring, surrendering just 110.7 points per contest.