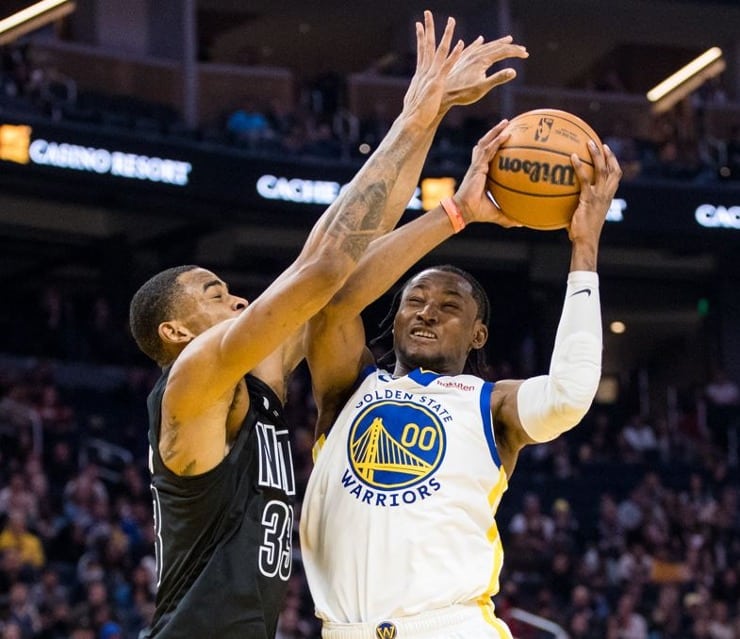 Nic Claxton of the Brooklyn Nets is the first NBA player to record at least 15 points and three blocks on 60% shooting from the field over a five-game stretch since Hall of Famer David Robinson in 1991. Robinson accomplished this feat through six contests.

According to a couple of NBA betting sites, Nic Claxton has second-shortest odds to win Defensive Player of the Year in the coming months. A few sportsbooks are showing better odds for Jaren Jackson Jr.

He's recorded at least 15 points and three blocks with 60% shooting from the field in five straight games, the longest such streak since David Robinson in 1991 (6, two-season span).

Although Golden State outscored the Nets 72-60 in the first half, the Dubs failed to generate enough points in the final two periods. The Nets dropped 34 points on the Warriors in the fourth quarter. Nic Claxton recorded a franchise-record 12th straight game with at least three blocks.

Only nine players in NBA history had a longer such streak since blocks were first tracked in the 1973-74 season. Shawn Bradley held the Nets franchise record with 11 games (twice in 1995-96 season).

Furthermore, the most recent player to register a streak was two-time blocks champion Hassan Whiteside. The former Miami Heat center logged 13 consecutive games with three or more blocks in 2015. Of course, Mark Eaton holds the league record with 39 (1984-85).

Additionally, Brooklyn finished 43-of-79 (54.4%) shooting from the field and 14-of-27 (51.9%) beyond the arc. Golden State’s largest lead of the game was by 17 points. The Nets rallied behind Kyrie Irving’s 38 points to secure the win. It was only the Warriors’ sixth loss at home this season.

“They did a great job of staying on my body, keeping the game physical, making it tough,” Irving said. “I felt like my teammates had a lot of great looks, drawing the defense, drawing two, three to lose their man.

“Royce being wide open, I felt like that was the best shot for our team, so I gave up the ball, trusted him to make it, and luckily it went in.”

Only 9 players had a longer such streak since the @NBA started tracking blocks in 1973-74 (the most recent, Hassan Whiteside – 13 in 2015). pic.twitter.com/omXU0gMlNP

Through 43 starts this season, Nic Claxton is averaging career highs of 12.7 points, 8.7 boards, 1.5 assists, and 2.7 blocks per game. The Georgia product is shooting a career-best 73.3% from the field. To add to these statistics, the fourth-year center has recorded 15 double-doubles as well.

During the offseason, Nic Claxton signed a two-year, $17.25 million contract with the Nets. His deal includes $2,837,500 in total incentives. While Kevin Durant is still Brooklyn’s most valuable player, the breakout star has played an important role in helping his team win games on the defensive side.