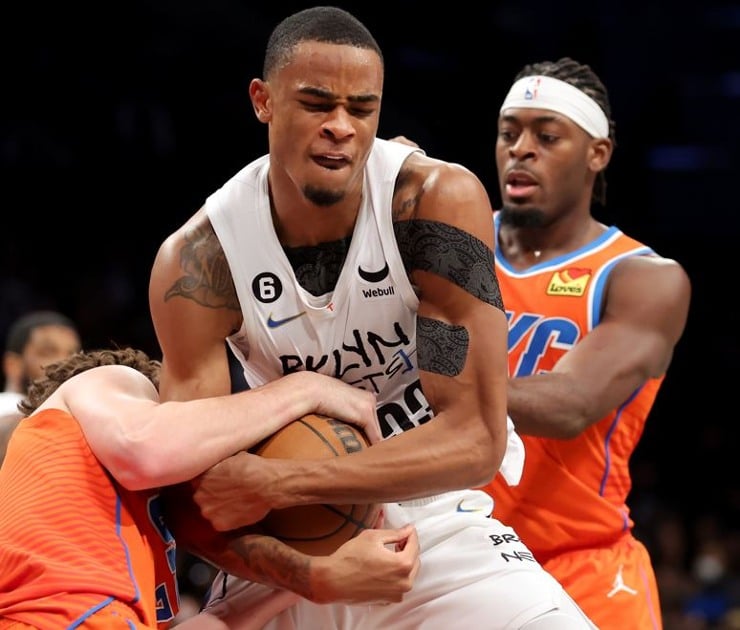 “I think I should be No. 1,” the 23-year-old told Michael Scotto of HoopsHype, when asked about his chances of winning the award. “I’m defending one through five and neck and neck as the leading shot blocker.”

Based on a few NBA betting sites, Nic Claxton has the third-best odds to win Defensive Player of the Year. Multiple sportsbooks are giving Jaren Jackson Jr. and Brook Lopez better odds of winning the award.

Nic Claxton is has truly been special on the defensive side of the basketball this year pic.twitter.com/9nR3Kl1lvn

“I’m doing everything on the defensive end for the team anchoring the defense every single night,” added Nic Claxton. “I think I should be right there. Definitely.”

Despite stiff competition, Nic Claxton believes he should be the No. 1 candidate to win NBA Defensive Player of the Year

On Dec. 16, in the Nets’ 119-116 win against the Toronto Raptors, the Defensive Player of the Year candidate ended his outing with 15 points, 10 boards, one steal, and a career-high six blocks in 26 minutes played.

Nic Claxton is dominating on the defensive end. pic.twitter.com/xsyiorV8uE

During the offseason, Nic Claxton signed a two-year, $17.25 million contract with Brooklyn. It appears Nets G.M. Sean Marks made the correct decision bringing him back. His outstanding defensive performances this season were unexpected. Claxton continues to lead the Nets in boards and blocks.