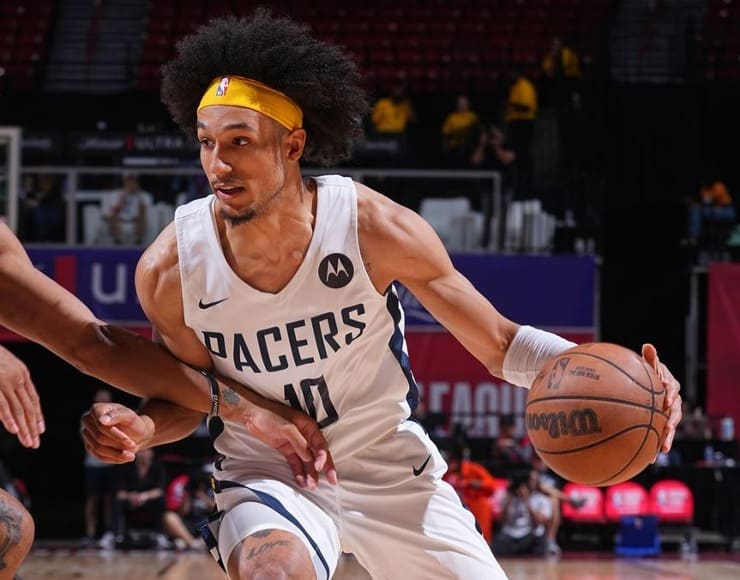 Indiana Pacers rookie forward Kendall Brown is out indefinitely after suffering a stress reaction to his right tibia. He will be re-evaluated in two weeks. An MRI on Monday did not reveal a stress fracture.

Brown was selected 48th overall by the Minnesota Timberwolves in this year’s draft. Though, he was then traded to Indiana along with a 2026 second-round draft pick for cash.

According to a few NBA betting sites, the Pacers have the seventh-lowest odds to win the championship in 2023. However, some sportsbooks are giving Indiana a slim chance to make the playoffs in the Eastern Conference.

Pacers rookie Kendall Brown is out indefinitely after suffering a stress reaction in his right tibia.

He will be re-evaluated in two weeks.

On Sept. 16, the Baylor product signed a two-way contract with the Pacers. Trevelin Queen occupies the other two-way spot for Indiana. Of course, two-way salaries do not count against a team’s total cap/tax allocations.

Additionally, through six games off the bench with the Pacers, the forward was averaging 1.5 points and 1.0 assist per game. Also, he was shooting 57.1% from the field and 50% at the foul line.

On Dec. 2, in the Pacers’ 139-119 blowout loss to the Utah Jazz, Brown scored four points off the bench in 18 minutes of action. He finished his performance with five boards, two assists, and one steal as well.

He was then named to the Big 12 All-Freshman Team. Kendall Brown was one of the best forwards in his conference. The Minnesota native was a consensus five-star recruit in the 2021 class.