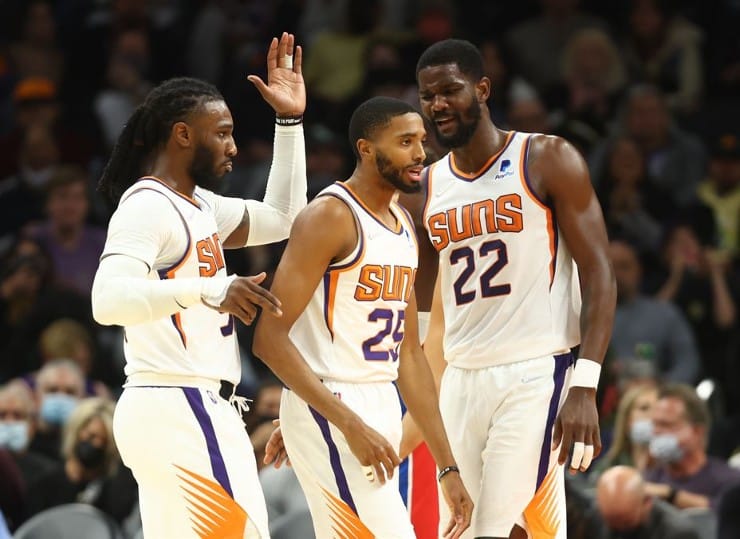 We are already approaching the end of January and Week 15 of the NBA 2022/23 season has started. Based on highest opponent win percentage, the Sixers have the two toughest games of the week this time, as for Phoenix has three easier games.

Let’s start with Philadelphia’s difficult week! I’d say that if any team is up for a challenge these next few days, it’s the 76ers. The Pennsylvania side just achieved an amazing feat, as they won all of their five road games in their latest tour to the wild West.

The Sixers, guided by Tyrese Maxey, won their first two games by a point against the Utah Jazz and the Los Angeles Lakers, then beat their next two games by 10 points over the Clippers and the Portland Trail Blazers, and finally won their last match against Sacramento Kings 129-127. What a trip for Philly!

However, now the 76ers face a new challenge, as they head towards the toughest two games of the week, first against the Brooklyn Nets (29-17) on January 25th, and finally against the Denver Nuggets (33-14) on January 28th. Both these battles between title contenders will be held home at the Wells Fargo Center.

Tyrese Maxey has been Philly’s best player of recent matches, especially considering both James Harden and Joel Embiid have missed their fair share of games due to injury, and the young point guard has shined in the spotlight. The 22-year-old scored 32 points, won three rebounds and handed 6 assists in the 76ers’ last victory over the Kings.

A few of our recommended sport betting sites consider Philadelphia to be one of the title contenders of the season, with the 8th best odds to conquer the championship. The Los Angeles Clippers and the Memphis Grizzlies appear to have higher possibilites in the gambling world.

Watch Inside the NBA’s panel discuss whether if Philly are true contenders for the title:

Time to shine for the Suns

Over in the Phoenix camp, they are hoping to continue their two-winning-streak in this week’s rather easy match-ups. Of course, nothing is ever easy in the NBA, but stats based on highest opponent win percentage indicate they have the easiest three games to come.

Their first stop will be a home game in Arizona’s Footprint Center against the Hornets (13-34), tonight at 8:00pm CST.

Join us tomorrow as we honor and celebrate the brave EMTs, paramedics, firefighters, and police officers who protect and serve our communities at First Responders Night, presented by @BannerHealth!

Two days later they meet the Dallas Mavericks (25-23) for another home game, which will represent their biggest challenge of the week. And soon after, on January 28th, the Suns visit Texas to face off with the San Antonio Spurs (14-32).

As said before, Phoenix haven’t had a great season so far, that’s for sure, but they did win the last two games this past weekend, both home matches against the Indiana Pacers (112-107) and then by a 2-point-margin against the Memphis Grizzlies.

Mikal Bridges, one of the contenders for this past Player of the Week award, has been their best player as of late, scoring 24 points, winning 5 rebounds and providing two assists in Sunday’s victory 112-110 against Memphis. Chris Paul also had a great game, handing out 11 assists and 22 points to his name.