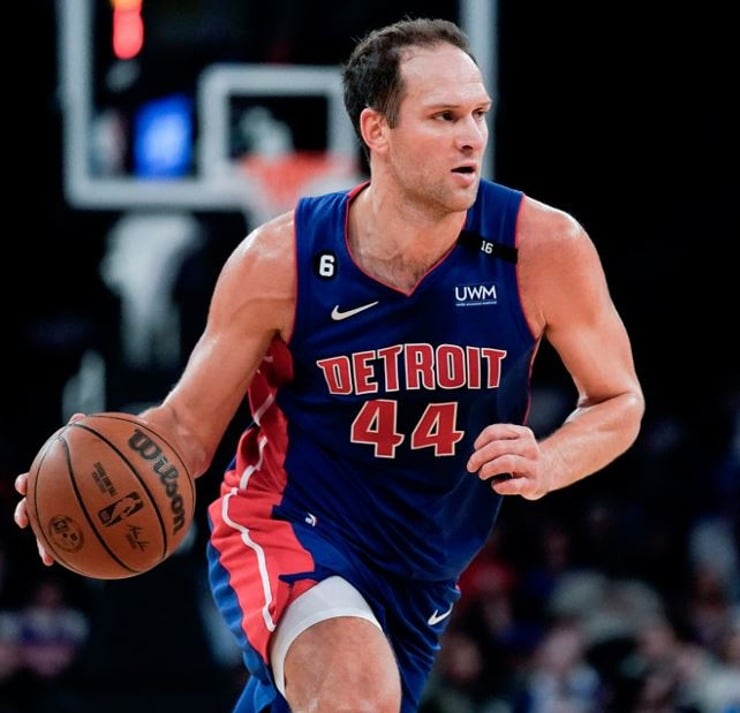 Referring to a couple of NBA betting sites, the Pistons have the fourth-lowest odds to win the championship. While sportsbooks are not anticipating a playoff appearance from Detroit, the 76ers rank 10th in odds.

This will be Bogdanovic’s second missed game this season. Through 42 starts, the nine-year veteran is averaging career highs of 21 points and 2.7 assists. He’s also logging 3.6 rebounds per game while shooting 48.4% from the floor and 41.6% beyond the arc.

Furthermore, Jalen Duren is averaging 7.7 points, 8.5 boards, and 1.0 assist through 39 appearances his rookie season. Plus, he’s shooting an impressive 63.4% from the floor. The Memphis product has made starts in 15 games.

Joel Embiid has been upgraded to questionable for tomorrow’s matchup with the Pistons. PJ Tucker is listed as probable after missing a game due to a non-COVID illness. #Sixers

Heading into this rematch, Philadelphia has won the last two head-to-head contests this season against Detroit. The Sixers won 113-93 on Dec. 21 and 123-111 this past Sunday.

While Detroit is coming off back-to-back losses, the 76ers are 7-3 in their previous 10 contests. Not to mention, the Pistons are winless in their last nine road appearances against Philadelphia.

To add to the aforementioned betting trends, the Sixers are 11-1 in their past 12 home games. Though, Philadelphia is 2-12 ATS in its previous 14 games played on a Tuesday.

According to ESPN’s Basketball Power Index, Philadelphia has a 92.1% chance of defeating the Pistons at home. Sportsbooks show the 76ers as overwhelming 13.5-point favorites.