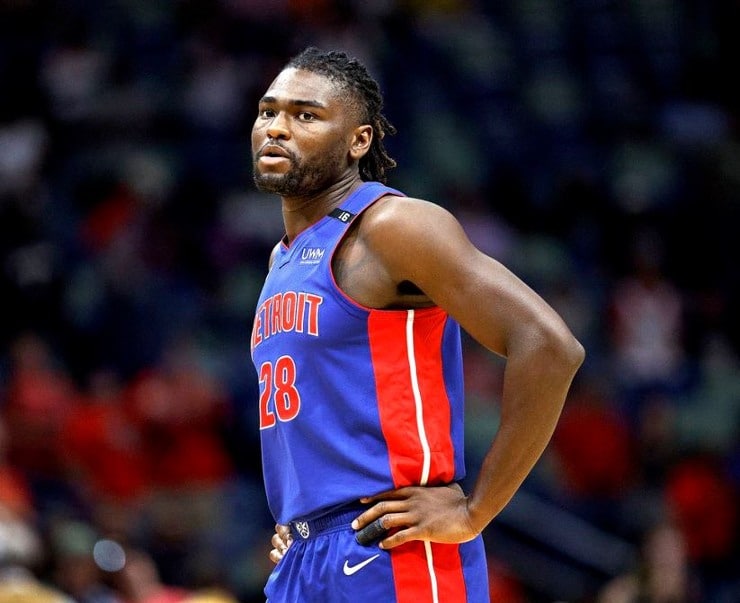 On Tuesday, Detroit Pistons center Isaiah Stewart was upgraded to probable against the New York Knicks. The third-year player missed the last seven games due to a toe sprain.

According to the injury report, Bojan Bogdanovic (knee), Marvin Bagley III (migraine), and Jaden Ivey (knee) are listed as questionable for Tuesday night’s matchup. Of course, Cade Cunningham remains out indefinitely because of a shin injury.

Per multiple NBA betting sites, the Pistons have the fourth-lowest odds to win the championship in 2023. Even with Ivey and Cunningham healthy, some sportsbooks are not counting on Detroit to make the playoffs.

Hearing that Pistons starting big man Isaiah Stewart is likely to return tonight against the Knicks after missing the last 7.5 games with a toe sprain. Stewart was averaging 12 points and 9 rebounds pre injury and was shooting close to 50 percent from 3 over his last 32 attempts.

Through 15 starts this season, Stewart is averaging a career-high 12 points per game, along with 9.3 rebounds and 1.3 assists. Plus, he’s shooting 47.5% from the field. The Pistons center has also recorded seven double-doubles this season.

After suffering back-to-back losses, the Pistons could use Stewart back in the starting lineup. About a quarter into the 2022-23 season, Detroit ranks 26th in scoring, averaging 109.1 points per game.

Their offensive efficiency is dreadful without Cunningham and Ivey. Not to mention, the defense is not faring better. The team is surrendering 116.7 points per game, which ranks 25th overall.

As of right now, the Pistons are 5-17 and rank dead last in the Eastern Conference.

Since the Pistons have a number of injuries, the Knicks are five-point favorites at Little Caesars Arena. New York has won the last 10 matchups against Detroit. More importantly, the Pistons are 0-5 in their past five home games versus the Knicks.