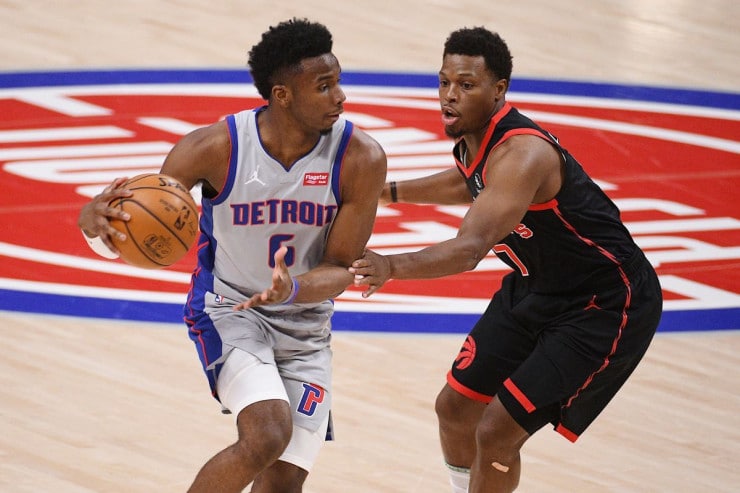 The Detroit Pistons are coming off arguably the most embarrassing game of the young season; a 98-78 loss to the Cleveland Cavaliers. The Cavs have shown great promise this year, but if you’re a Pistons fan, this can’t sit well. Losing by 20 and only putting up 78 points on the scoreboard against a team missing three impact players that picked just two selections behind you really shows where each team sits in its rebuild process.

First overall pick Cade Cunningham had been playing well after a slow start, including a 20-point performance against the Houston Rockets and the No. 2 pick Jalen Green in a win. But the streak of good games came to an end against Cleveland, as he scored just nine points and committed seven turnovers. Jerami Grant seemed to be the only one with a pulse for the pistons, scoring 17. Outside of that, the Pistons will have just a short time to do some soul searching before playing the Raptors.

For the Raptors, they have to be pleased with their selection of this past draft. It came as a shock to some when they selected Scottie Barnes fourth overall instead of Jalen Suggs. The Rookie is averaging 16.6 points per game, as well as 8.5 rebounds. He’s also proven he can guard almost any position on the floor.

The Toronto Raptors come in off an impressive road victory against the Philadelphia 76ers Thursday, while the Pistons, well, aren’t performing. Fred VanVleet led all scorers with 32 points in the upset at Philly with seven assists and six rebounds. While Barnes came in under his points average, he did stuff the stat sheet with nine rebounds, six coming on the offensive end.

OG Anunoby scored 20 in the win, as did Gary Trent Jr.

We really like how the Raptors match up with the Pistons. They’re a physical bunch, looking to keep rolling after the win against Philly helped halt a 3-game skid of their own.

As mentioned above, we think the Raptors pose problems for Detroit. This is the type of game we think Anunoby will remind us that he’s a favorite for the Most Improved Player Award, and it might not come on the offensive end, as he’s a perfect fit to defend Cade.

Barnes will likely draw the assignment of Jerami Grant. Grant had a stellar 35 against Houston earlier this week and was still Detroit’s highest scorer in the team’s blowout loss to Cleveland.

While we don’t think the Pistons will get the win here, we do think they’ll play better than they did against Cleveland. It would be extremely hard not to. They almost have to score at least in the mid 90s, no?

As for Toronto, it’s the more rested team and feeling good after the upset win. Look for them to come out firing. We wouldn’t be surprised if they score in the ballpark of 115. So chalk us up for over 202.