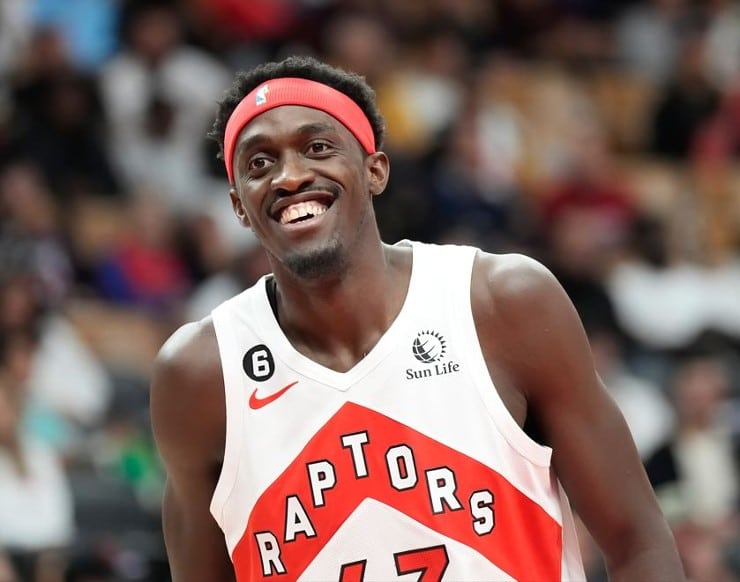 Toronto Raptors forward Pascal Siakam was not offered a contract extension ahead of the Monday deadline. In 2019, the New Mexico State product signed a four-year, $136.9 million rookie scale contract extension.

His current contract runs through the 2023-24 season. If he receives an All-NBA honor again this season, Siakam will be eligible for a super max extension. Of course, if the Raptors let him walk, he will become an unrestricted free agent in the summer of 2024.

Per multiple NBA betting sites, the Raptors have bottom-15 odds to win the championship in 2023. Though, with Fred VanVleet and Scottie Barnes, some sportsbooks are anticipating a playoff appearance.

No extension for Pascal Siakam ahead of tonight’s deadline, I’m told.

His current contract runs through 2023-24 and he’ll be extension eligible again next summer (and will be eligible for a super max extension if he makes All-NBA again this season). A bet on himself.

Siakam was selected 27th overall by the Raptors in the 2016 NBA Draft. In his rookie season, he averaged 4.2 points and 3.4 rebounds per game in 55 appearances.

In the 2019 NBA Finals, the forward generated 19.8 points, 7.5 rebounds, and 3.7 assists per contest against the Golden State Warriors. He won a ring with Toronto after defeating Golden State in six games.

He then received his first All-Star and All-NBA Second-Team selections. In the 2020 All-Star Game, Siakam finished with 15 points, 6 rebounds, and 1 steal in 18 minutes of action.

Last season, Siakam recorded 22.8 points, 8.5 boards, 5.3 assists, and 1.3 steals per contest in 68 starts. In addition to averaging a career-high 37.9 MPG, he posted his best numbers in rebounds, assists, and steals.

If Pascal Siakam has another exceptional season, the Raptors should offer him a new deal. Fred VanVleet will have the option to opt out next summer as well. VanVleet could sign a five-year max extension with the team in 2023.