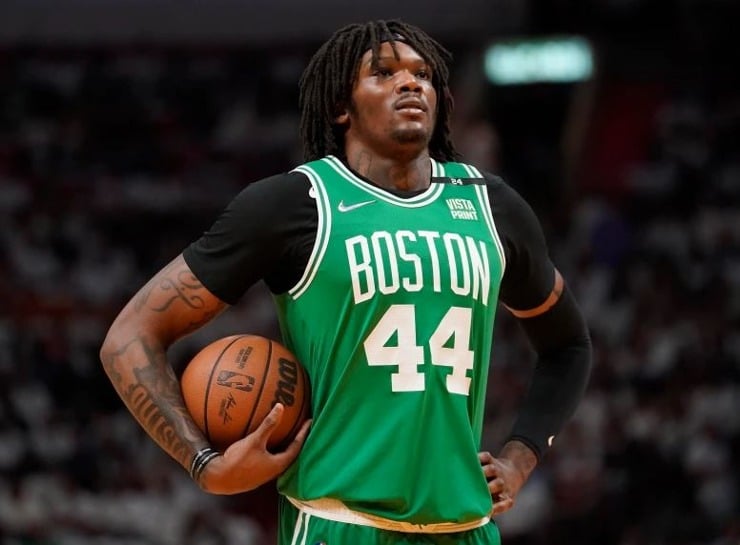 Jayson Tatum and the Boston Celtics still own the best record in the NBA at 28-12, but have a slim one-game lead on the Brooklyn Nets. Just under a month ago, Robert Williams made his season debut on 12/13 after missing the first 29 games of the season. It’s take some time, but Williams is now has enough games under his belt where he’s confident with what he can do on the court. That’s why his teammates are calling for him to have a larger role moving forward.

In nine games played this season, Williams is averaging 8/8/1 while playing (19.4) minutes per game. He’s no longer on a minutes restriction and his teammates are wondering why his role has not increased if he’s getting healthier.

Massachusetts Sports Betting sites have the Celtics at (+400) to win the Finals this season. Last season in 61 games played in the regular season, Williams averaged just under 30 minutes played per game. A significant difference at where he’s at this season.

In Boston’s last game vs the Spurs, Williams had his best game of the season with 10 point and 11 rebounds along with four blocks. After seeing his performance on Saturday his teammates are calling for his role to be increased.

““We need Rob. Rob is amazing,”… “Rob has a special ability on offense and defense, as we’ve been able to see a little bit this year, but especially last year. So the more we integrate him and use him, the better our team will be. We got off to a hot start with other guys playing a different type of ball, but I think down the line and in the playoffs, having Rob as a critical part of our offense and defense is necessary. I think that’s something we should take a look at as we get closer to the playoffs” – Jaylen Brown

Even superstar Jayson Tatum has been wondering while Williams role isn’t increased and had to ask him if he was still on a minutes restriction. Both Tatum and Brown know how integral Williams was for Boston in the playoffs last season. Giving him an increased role will not only boost his confidence, but it will build his overall chemistry with the rest of the team.

His teammates want him to succeed with the team as he continues to get healthier and they know that going forward all he can do is make the team better. Head coach Joe Mazzulla needs to sit down with Williams and discuss his plan for him moving forward.