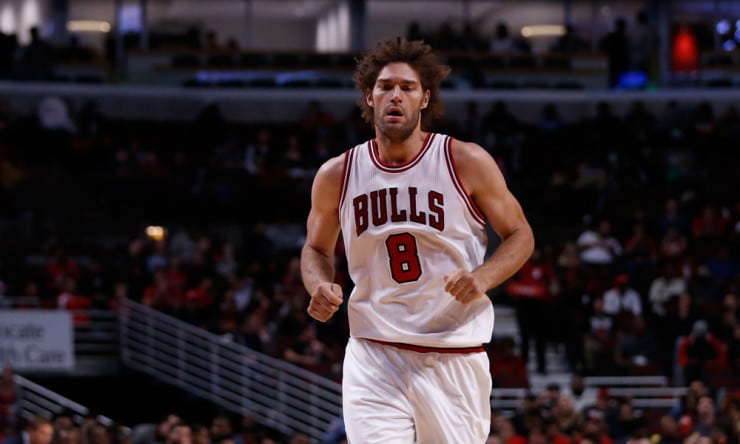 Several punches were thrown as a wild brawl broke out on the court between Bulls and Raptors players with 3:58 remaining in the third quarter of Toronto’s 122-120 overtime win over Chicago on Tuesday night.

The heated exchange erupted when Raptors center Serge Ibaka grabbed the ball and threw an elbow near the back of Bulls center Robin Lopez after a made 3-pointer and Lopez fell backwards into Ibaka and took a swipe at the ball. Ibaka appeared to shove Lopez, and Lopez threw a punch at and missed Ibaka, who retaliated by taking a swing at Lopez, barely connecting with the head of the Chicago center. Both players were ejected for fighting following a long review period.