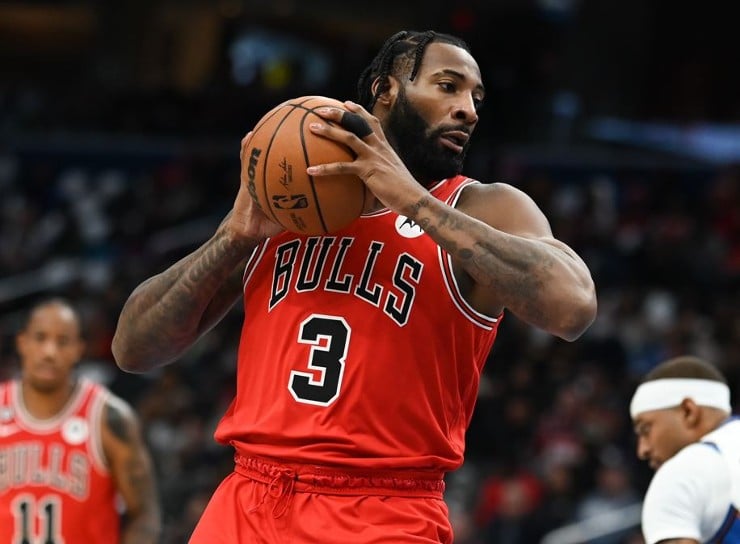 It’s been a tough 2022-23 season so far for the Chicago Bulls. The team is 10-14, which is fourth in the Central Division and twelfth in the Western Conference. Chicago is 4-6 in their last ten games and have lost three of their last four. The Bulls made a move in the offseason to sign veteran center Andre Drummond who spent the 2021-22 season with the Nets. This year for the Bulls, it’s been slow to say the least for Drummond and his playing time has seen a decrease from the beginning of the year.

Drummond was supposed to be the replacement for Tristan Thompson. He started the season off on a good note, but was then sidelined when he sprained his shoulder against the Spurs and missed the next six in a row. Since then, it’s been an uphill battle for the NBA veteran and he’s in search of something to take him out of the slump he is in.

NBA betting sites have the Bulls at (+15000) to win the Finals this season.

Should Andre Drummond be worried about his time with the Bulls?

In his last 12 games, Drummond is averaging (5.1) points, (6.1) rebounds, and (0.3) steals per game. This is a career-low for minutes per game (13.8) this season and just (12.4) over the last twelve games. The Bulls have been playing a lot of small ball and the only other true big they use is Nikola Vucevic and he’s not being replaced.

Bulls head coach Billy Donovan had this to say in interest about exploring a small-ball lineup at certain times.

“That group [with Drummond at center] was not great in Sacramento, So when you’re coming out of the half, you’re saying, ‘Let’s do something different.’ I have a lot of confidence in Andre, he’s been a really good guy. Like any of these players, they want to be out there on the floor. But you’re not going to be able to play everybody all the time.” – Billy Donovan

Could Drummond still possibly be hurt or has he just been extremely ineffective for the Bulls this season?