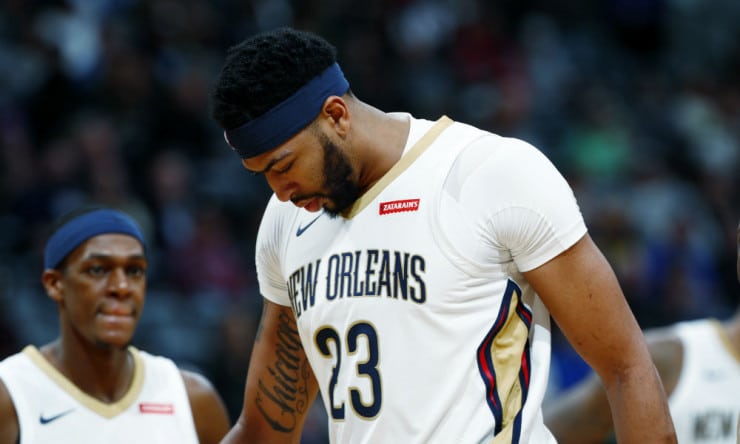 Pelicans forward Anthony Davis will better know the extent of his groin injury once the team examines him in New Orleans on Sunday, league sources told ESPN’s Adrian Wojnarowski.

Davis suffered the injury in the fourth quarter of Friday night’s 114-108 loss to the Utah Jazz. He was injured as he battled for a rebound with Utah’s Derrick Favorsunderneath the basket with 11:35 left in the game. He remained down for several moments as trainers examined him, and he could not put any weight on his left leg as he was helped off the court.

Davis was immediately placed in a wheelchair and taken to the locker room. He did not return.