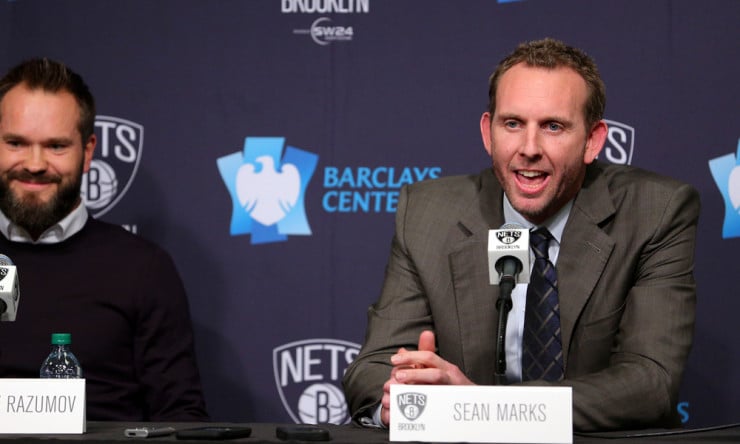 As the league descended upon Toronto for All-Star Weekend in February 2016, the Nets were leaning toward hiring Bryan Colangelo over [Sean] Marks, according to sources familiar with the process.

During All-Star Saturday night, [Nets Chairman Dmitry] Razumov and Spurs general manager R.C. Buford, then Marks’ boss, had a long talk in the chairman’s suite inside the Air Canada Centre, according to several sources. Buford’s message was clear: The Spurs might not grant their assistant GM permission to take the job unless he would get to do it his way. Several other executives, including Bob Myers, the Warriors’ GM, also praised Marks in chats with Razumov that weekend, sources say.

Less than a week later, Marks had the job — and a mandate.