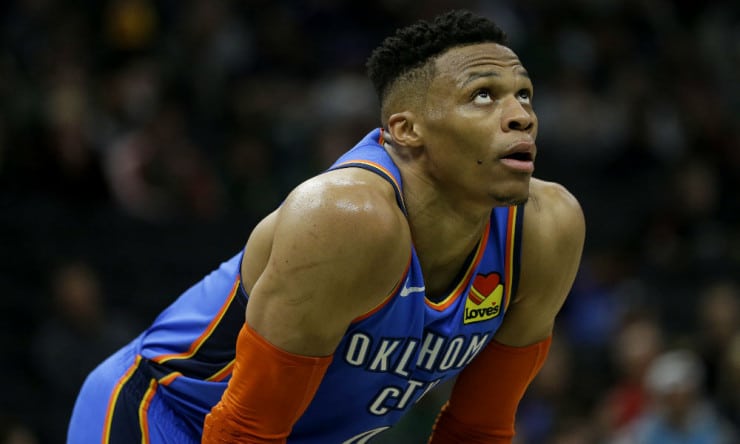 Oklahoma City All-Star guard Russell Westbrook and his agent, Thad Foucher, are engaged with Thunder general manager Sam Presti about the next steps of Westbrook’s career, including the possibility of a trade before the start of next season, league sources told ESPN.

The two sides have 11 years of history together, and both understand that the time has likely come to explore trade possibilities for Westbrook, league sources said.

In the aftermath of All-Star Paul George pushing the Thunder to trade him to the LA Clippers to partner with free agent Kawhi Leonard, Oklahoma City’s window to advance in the playoffs has seemingly closed. The Clippers’ return to Oklahoma City of five future first-round picks, two pick swaps and All-Rookie point guard Shai Gilgeous-Alexander marks the beginning of the reshaping of the Thunder roster.

The remaining four years and $170 million on Westbrook’s contract is no longer sensible for a noncontender.