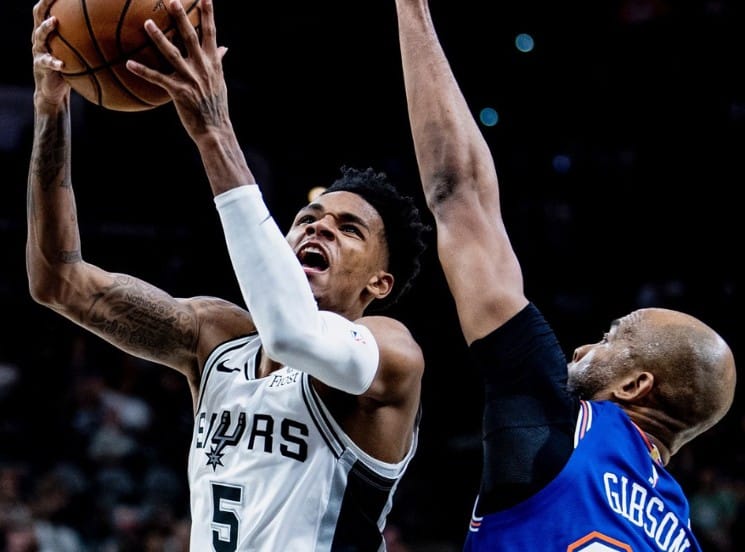 What a celebration is to be held this Friday in San Antonio! The Spurs are set to break the NBA’s single-game attendance record as they host the Golden State Warriors (7:30pm ET).

Probably one of the most exciting news is their return to the memorable Alamodome, their former home where the Spurs accomplished so much from 1993 to 2002. Two days from the match, San Antonio reported to have sold 63,592 tickets for the game, but considering standing room spots, the arena could host around 68,000 spectators.

Nevertheless, it seems to already be a guarantee they will break the record for the biggest crowd at an NBA regular season game. The attendance mark stood for 25 long years, as 62,046 people gathered to watch the mighty Chicago Bulls against the Hawks at the Georgia Dome in 1998.

Golden State’s coach Steve Kerr remembers playing many memorable nights in the Alamodome back in the day. The ex Chicago player swapped for the Spurs in 1999, only to become the NBA Champion again that year in San Antonio.

One of the greatest memories he reminisces was Sean Elliot’s Memorial Day miracle shot during that year’s playoffs, as seen here below in this Twitter post.

We can't wait for the biggest game yet in the @Alamodome when Spurs host the @warriors this Friday! 🤩 pic.twitter.com/hqIK1HaIJA

The evening is set to be quite the occasion, as the Spurs are really determined to ensure that every detail of their return will be special. As for the Alamodome it will be also become a NBA record, the biggest audience they’ve hosted was back in 1999 for a 39,554 playoff final against Patrick Ewing’s Knicks.

Some moments you just never forget 🖤

Be on the lookout for the recreation of the original Spurs Locker Room on Friday at the @Alamodome!
🎟 https://t.co/e8QkzTZ13W | @Ticketmaster pic.twitter.com/4198g5mQNB

San Antonio and Golden State currently both share an upsetting stat, as both teams have lost their last three games. The Spurs just failed two straight games at the FedEx Forum against the Grizzlies, as for the Warriors are having their all-time worst road record yet, having lost this past week against the Pistons, Magic and the Suns.

Good thing for Golden State is that they officially have Steph Curry back in shape after 11 games injured, but seems like Spurs, who stand 14th in the Western Conference, truly need this incredible Alamodome atmosphere to hype them up and inspire a win for San Antonio.