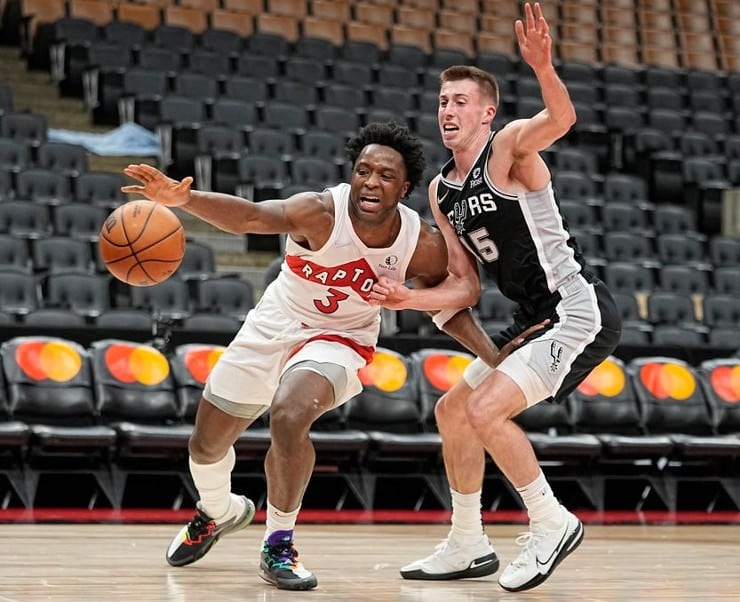 It’s unknown if this NBA contract is a partially-guaranteed or non-guaranteed deal. According to Bobby Marks, before this signing, San Antonio had 13 guaranteed contracts. The team now has about $30 million in cap space.

Are the Spurs planning on trading for either Kevin Durant, Donovan Mitchell or Russell Westbrook? A blockbuster trade could be in the works. Of course, this is assuming that Wieskamp’s deal is not a fully-guaranteed contract.

Today is also Wieskamp’s 23rd birthday. The 6’6″ guard was selected 41st overall by the Spurs in the 2021 NBA Draft. Then, the former Iowa player signed a two-way contract with San Antonio.

While with the Austin Spurs, the team’s NBA G League affiliate, the guard averaged 13.4 points, 4.8 rebounds and 1.6 assists per game. Through 13 appearances, Wieskamp averaged 43.6% shooting from the floor and 36.3% from downtown.

On March 4, 2022, his two-way deal was converted into a regular contract. In 29 games played with the Spurs last season, while averaging 35.7% shooting from the field and 32.6% from 3-point range, Wieskamp averaged 2.1 points per game.

As for the NCAA, in three seasons and 97 games played with Iowa, the guard averaged 13.2 points, 5.8 rebounds and 1.5 assists per game.