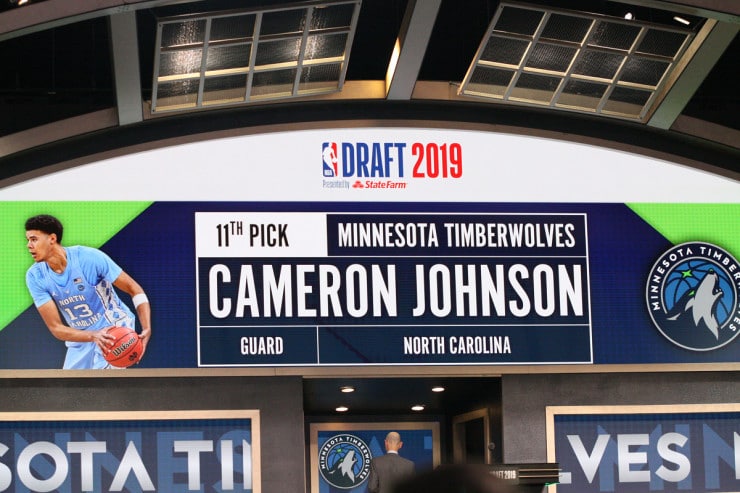 The Phoenix Suns suffered a big blow in their last-second loss to the Portland Trail Blazers on Friday night. Cameron Johnson tore his meniscus in his right knee. This occurred on a play where he planted his foot after landing awkwardly and tried turning directions up court in the first quarter. It was clear right away he was hurt as he was clearly limping after said sequence.

Head coach, Monty Williams, had this to say about Cameron Johnson:

He’s a starter for us, so that’s always a tough blow. That happens throughout the season. You just have to make your adjustments.”

Over the past couple of seasons, Johnson has progressed nicely. He has played a vital role in Phoenix’s depth. Johnson was even a key contributor to their run to an NBA Finals appearance a couple of seasons ago. This year, Cameron Johnson is averaging a career-high 13.0 points per game while shooting 43.1 percent from three-point land. On top of this, he is also averaging a career-best offensive rating of 124 to go along with a true shooting percentage of 59.2 percent.

How do this season’s numbers compare to his career stats? It should be noted that this year is still very young, so his numbers will fluctuate. Cameron Johnson’s career averages are 10.5 points, and 39.2 percent shooting from beyond the arc. He also has a career offensive rating of 118, and a career true shooting percentage of 59.5 percent.

While these numbers may not scream “star player,” he is still a valuable piece to the Suns’ roster. This year is the first time he has seen valuable time as a starter. The past few years of his young career has seen him come off the bench, providing valuable minutes for Phoenix’s second-unit. With a mentor like Chris Paul on the squad, Cameron Johnson has picked up quite a lot. He has matured in a short amount of time.

Phoenix is still currently ranked first place in the Western Conference. They currently possess a win-loss record of 7-2 and have a solid star trio consisting of Chris Paul, Devin Booker, and Deandre Ayton. Paul is still one of the best floor generals in the game and Devin Booker has MVP aspirations this year. Not to mention, Ayton is a big body who could easily haul in at least 10 rebounds in a night.

Monty Williams is one of the better coaches in the league as well. With all of this in mind, the Phoenix Suns will still be alright, but losing a young Cameron Johnson does deal a crushing blow to their supporting cast.