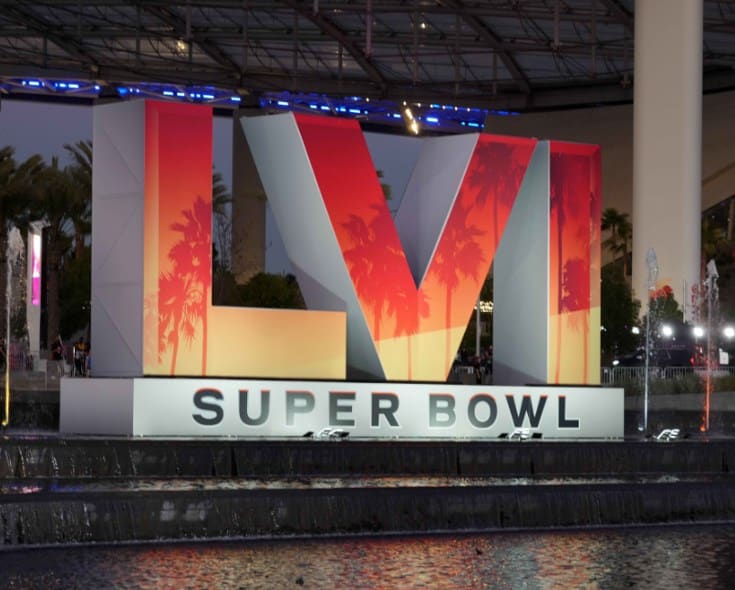 Super Bowl LVI picks are finally here at Basketball Insiders. On Sunday, Feb. 13, 2022, the Los Angeles Rams (15-5, 10-10 ATS) are playing the Cincinnati Bengals (13-7, 13-7 ATS). Will quarterback Joe Burrow and the underdog Bengals upset the favored Rams in SoFi Stadium? Including the injury report, our top NFL picks and betting trends are available below.

All Rams vs Bengals betting odds can be found at BetOnline

Additionally, both teams are entering the big game on a three-game winning streak. However, the Bengals have greater momentum for this matchup. Of course, they had to defeat the Titans and Chiefs on the road to advance to Super Bowl LVI. As for the Rams, thus far, the one team that challenged them the most during their postseason run was the Buccaneers. In the divisional round, while Los Angeles had a 27-3 lead over Tampa Bay at the end of the third quarter, the Rams almost blew it late in the fourth quarter.

Furthermore, the Bengals had to overcome a 21-3 first-half deficit against the Chiefs to win the AFC title. That was their first AFC championship win since 1989. Keep in mind, Cincinnati finished 7-3 away to advance to this big game. Also, the Bengals closed out their road games with an overall 8-2 ATS away record. On the other side, the Rams concluded their home games with a 7-3 record and 5-5 ATS at home record. In a sense, Los Angeles played down to its opponents.

According to ESPN’s Football Power Index, the Rams have a 66.3% chance of winning.

To add to the information above, the Bengals are 2-1 versus the Rams in their previous three head-to-head matchups. On Oct. 27, 2019, the last time these teams played one another during the regular season, Los Angeles won 24-10 at SoFi Stadium. Needless to say, however, the NFL is very different from the NBA. The Rams and Bengals are revamped teams. Stafford and Burrow are playing each other’s defenses for the first time.

In other news, during a media interview, Joe Burrow hinted to reporters that he prefers changing weather. “I don’t think I’d want to live here, I like having seasons,” he said. This should come as no surprise. The quarterback was born in Amos, Iowa. Though, he did also attend Athens High School in Athens, Ohio. By now, players have to be accustomed to playing football in cold or warm weather; this is nothing new. Super Bowl LVI picks are below.

Burrow sure looks comfortable on the moment (in the least shocking development of the day).

Sounds like a Midwestern guy to the core though in the LA sun.

“I don’t think I’d want to live here, I like having seasons.” pic.twitter.com/JeHrEEzYgR

Moreover, based on team statistics, the Rams have the edge over the Bengals. Nonetheless, it has been the story of underdogs this sports season. The Braves won the World Series, Georgia beat Alabama in the College Football National Championship, the Rams upsetted the reigning Super Bowl LV champions and the Bengals stunned the Chiefs at Arrowhead Stadium. Not to mention, for those unaware by now, 2022 is the Year of the Tiger. It would be fitting if the Bengals won the super bowl in such a year.

Meteorologists are expecting a temperature-high 85 degrees on Super Bowl Sunday. Would the heat favor the Rams or the Bengals? It is an indoor stadium. Everyone assumed the frozen tundra would help the Packers in the NFC divisional round, but we all know how that ended. Taking everything into account, contemplate picking the Bengals to pull off the upset, the Rams will cover the spread and the total will go over 48.5. Approximately 62% of bettors are expecting the Rams to cover the spread. Other Super Bowl LVI picks are on the main page.