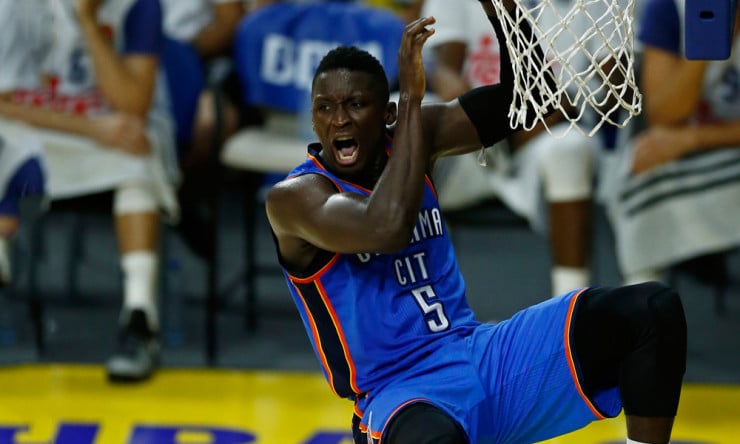 Cameron Payne won’t make a homecoming comeback. But the Thunder guard is inching ever closer to his season debut.

But he participated in full-contact three-on-three at the end of Wednesday’s practice, as did guard Victor Oladipo, who’s missed the past eight games with a sprained right wrist.

Oladipo also will sit out against the Grizzlies unless something “unforeseeable” happens before the game, Donovan said. But both players appear to be closing in on returns.

Source: Brett Dawson of The Oklahoman