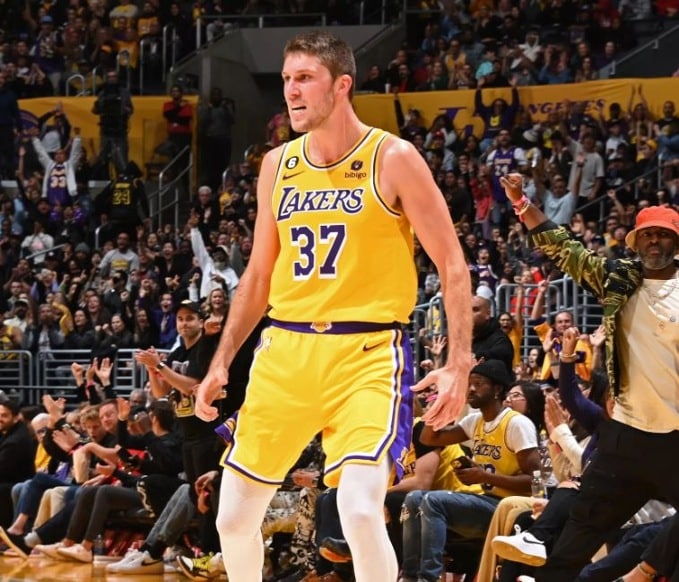 The Minnesota Timberwolves are planning to sign Matt Ryan to a two-way deal, and the front office will waive AJ Lawson to open a roster spot for the former Los Angeles Laker.

Last Thursday, the Lakers waived the second-year forward ahead of the Dec. 15 trade date. In September, Ryan signed a nonguaranteed, one-year contract with L.A.

According to a few NBA betting sites, the Timberwolves have the 18th-best odds to win the championship in 2023. Check out which sportsbooks are showing higher odds for the Portland Trail Blazers.

The Minnesota Timberwolves are signing ex-Lakers wing shooter Matt Ryan on a two-way NBA contract, sources tell me and @JonKrawczynski. Ryan had a solid stint for the Lakers, making 13 three-pointers over 12-game stretch.

Timberwolves G.M. Tim Connelly decided to bring in Ryan to improve the team’s perimeter shooting. So far this season, Minnesota is shooting 32.6% from three-point range, which ranks 28th in the NBA.

While the Wolves rank sixth in the league in floor shooting percentage (48.3%), they also rank ninth in points per game right now (115). Ryan is an underrated long-distance shooter.

On April 10, 2022, in his one game off the bench with the Boston Celtics in a 139-110 win over the Memphis Grizzlies, the forward ended his performance with three points and one steal.

The Wolves will waive AJ Lawson to make room for Ryan, per sources. Wolves are starved for shooting and Ryan could help there. https://t.co/8o0C9tnTqI

As for Lawson, the rookie guard out of South Carolina signed a two-way contract with the Timberwolves on Nov. 16. On the same day, in Minnesota’s 126-108 win over the Orlando Magic, the guard finished with two points and one rebound in less than two minutes played. It was his only NBA appearance.