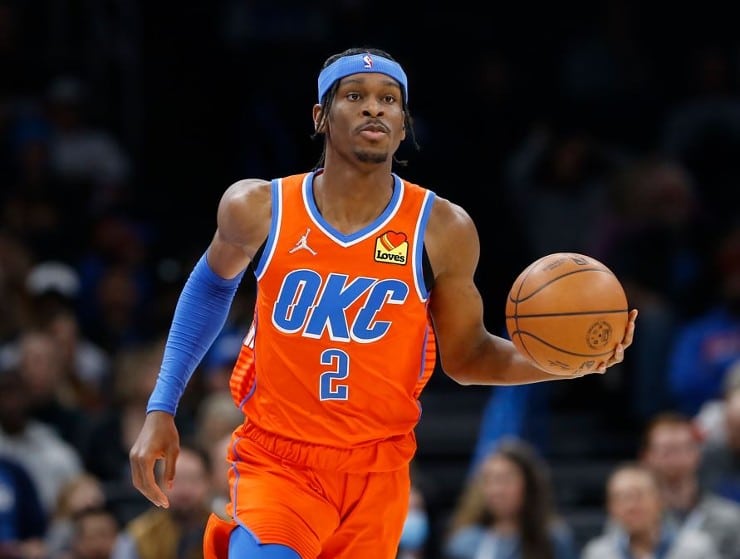 The 2022/23 season will always be remembered as the NBA’s scoring revolution. It seems almost unavoidable to witness old scoring records broken this year, as so many players are gradually improving their personal stats and their ambitions are growing even greedier.

Yes, there are many reasons for this. New rules in the NBA legislature are propelling attacking plays, and even protecting them. Also, strategy in new age basketball has developed the best three-point shooters in this sport’s history. And we can’t deny the kids are just getting better and better, as we see the professionalism of raw talent being nurtured all the way to million dollar wages.

We are left with this new basketball product from the NBA, which results in an offensive explosion fueled by superstars and true talents of the game. This season there are five players averaging at least 30 points per game, and last time a tournament ended with a the same amount of scorers holding this record was back in Wilt Chamberlain’s dominating 1961-62 campaign. Also, there are currently 43 players who are exceeding the 20+ points per game mark (the last NBA record for this stat was 31 players, two years back) as you can read here in our latest special report.

So it seems only natural that most players are surpassing their own marks this year, some of them jumping more than 6 points per game averaged from their last record.

Here’s a look at our Top 10 most impressive player scoring stats who’ve exceeded themselves so far:

Yes, the fourth best scorer of the season is our No.10, but only because his record is already so high up it’s amazing he’s even able to overcome it still. Although, The Greek Freak’s record only jumped 1.1 points per game in average, he’s finally over the 30+ line and part of the select group of 5 players achieving it this season. Truth is, he’s always been a regular, in his last four years the Bucks foward has always averaged better than 27 points per game. His shooting efficiency has gone down a bit, but only because this year he seems even more obsessed with attacking the rim, even taking a 1.8-point jump this year, his tallest since 2019. 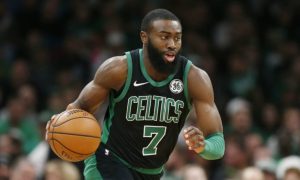 Boston is the only team with two players on the list, and it shouldn’t come as any surpise considering they’re the league’s best so far. The thing is, Celtic’s defense is so elite, it brings off pressure for offensive players to guard and concentrate in what they do best. Jaylen Brown has taken great responsability on the court’s wings, mostly due to his unprecedented long-range game (he has a 58.2% shooting efficiency on drives) and great velocity towards the rim (he ranks fourth in this league’s transition points).

Our No.8 rank is a tribute to player chemistry on court. Ever since All-Star Darius Garland came to Cleveland this season, many have thought this could outshine their star Donovan Mitchell. But the truth is, they have become the best associates of their careers so far and thus propelling the point guard’s stats to his strongest version ever. Mitchell has been assisted by Garland over 50 times this season, which means he’s participated in 14% of his field goals so far (the most efficient partner of his career). And when Garland’s not around to provide, Mitchell has taken to himself to shoot at his career-high 87.4%. 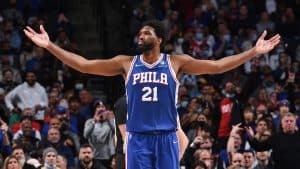 Joel Embiid is improving last year’s highest scorer of the season performance. Yes, you heard it right! The mighty French player is delivering his career-best accuracy shots from inside the arc (85.1%) and scoring a league-leading 6.7 points per game from the elbow. The Philadelphia big man is registering 33.4 points per game this season and might just take the 76ers to the top this championship.

When you thought Jayson Tatum just couldn’t get any better, he starts breaking records from legends of the game at only 24 years of age. Just this week, he surpassed Larry Bird’s 50-point game record for the Celtics, accomplishing his fifth so far. After losing last season’s Finals against the Warriors, Tatum is out for vengeance and playing the best basketball of his career. The Celtics superstar rose his shooting percentage above 60% for the first time in his career, ever since Boston is playing him in different offensive positions, especially impressive as a power foward. 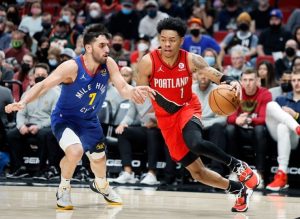 Just two seasons ago, Anfernee Simons was averaging 7.8 points per game. But Portland always gave trust in the 23 year old, and confidence in the process is paying off. Led by veteran Damian Lillard, Simons is blossoming as his shot attempts have almost tripled since 2020/21, and a well founded 37.5% shooting clip from behind the three-point line. Simon is still young, but we could be witnessing a future great in the makings.

Jalen Brunson’s new found guard position seems to finally be leading the Knicks to their never ending redemption. Although he is his team’s second best scorer, only behind Julius Randle 24.4 points per game, he is the general playmaker in New York’s court. As Randle has dedicated his skills mostly to scoring responsabilities, Brunson has taken charge as the main provider, accomplishing 6.5 assists per game, his all-time best. Although he has lowered his shooting accuracy from the interior, his precision beyond the arc is stronger than ever at 38.1%. 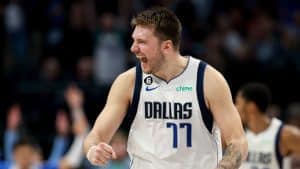 What to say about Luka Dončić? The current scoring leader is always improving and setting up new standards at the NBA. Although his offensive strategy has been extremely restricted lately, as opponents try to scheme against his unstoppable shots, he proves to be implacable even is he gets fouled. Resulting in many free-throws, scoring from that line seems to be the best things that ever happened to the point guard. He is averaging a career-best 11.4 attempts per contest, more than half the average of nine teams.

Every single stat from Lauri Markkanen has improved this season as he is now nicknamed ”The Finisher”. His shooting precision is 52.4% overall, as his attempts on the rim have grown from 11.5 to 16.1 in a season. His accuracy from long distance is at a 41.1% clip after seven attempts or more per game, just as his free throw have doubled since last campaign at 5.5 per game. The Finnish 25 year old is not only one of the surprises of the season so far, but is also placing the Jazz in the Conference’s top 8. 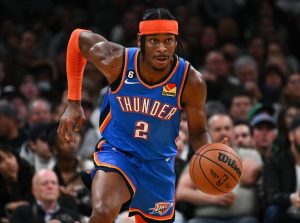 Who would’ve expected Gilgeous-Alexander to be part of this season’s top 5 scorers? And not only is he part of this elite, but also overcame the 30+ points per game average playing for a humble Oklahoma City. The biggest change in his game has been in his three-point attempts, as he has decided to drop his tries to only 2.9 per game, and dedicated his speed to drive towards the rim. The 6-foot-6 guard is the league’s leading drive scorer with an outstanding 24.4 drives per game.